While Belgian authorities now call for a comprehensive action plan in order to “clean up” the district of Molenbeek, the Danish city of Aarhus has successfully pioneered its own de-radicalisation programme. E&M looks at the innovative soft-handed approach.

Nearly three months ago, in the Legs section of E&M, I published a survival guide to the Danish city of Aarhus. Having almost forgotten about it, the city once more came to my mind when the Paris attacks revealed clear links between the suspected terrorists and the troubled borough Sint-Jans-Molenbeek in Brussels. Given the ominous title of Europe’s new jihadi base, it turned out that at least two of the suspected terrorists grew up in Molenbeek, it was here that radical groups eventually recruited them. While Belgian authorities now call for a comprehensive action plan in order to “clean up” Molenbeek, the Danish city of Aarhus has successfully pioneered its own de-radicalisation programme. Rather than ruling with an iron fist, the “Aarhus Model” works with an innovative soft-handed approach; trying to prevent radicalisation in the first place, and to reintegrate returning fighters back into society.

How does the model work?

In contrast to other de-radicalisation programmes in the United Kingdom and Belgium, in Denmark suspected radicals or returned jihad fighters are not treated with mockery or immediately sent to court. Instead, the Aarhus model relies on a multi-agency intervention to stop extremism. Together with the East Jutland Police Department, the Aarhus municipality installed an early-alert system including local schools, social services and youth clubs to spot initial signs of radicalization. “Scouts” such as teachers, social workers, and people involved in immigrant communities are continuously trained to detect indications of radicalisation. In total, approximately 250 people are involved in the project, with 120 to 130 of these being “scouts”. Once a would-be jihadist or group is identified, individual counselling with mentors is provided. These mentors, often de-radicalised fighters themselves, are equipped with useful arguments and tools, and trained through seminars led by the Department of Psychology of Aarhus University. Furthermore, a parent network is offered for the parents that wish to get actively involved in the de-radicalisation process. In the case of returning jihadi fighters, as long as they are found not guilty of any war crimes abroad, they are confronted with counselling and guidance, and later on, the chance to become mentors for radicalised Danish citizens themselves.

What is remarkable about the Aarhus model is its almost unique approach to those who have become radicalised. Local authorities in most Western countries bear down on returning fighters by pulling them in front of a court. Most recently, France passed new anti-terror legislation in the wake of the Charlie Hebdo attacks of February this year. With this, France beefed up surveillance on an estimated 1,200 Islamists and about 200 returned fighters. In contrast, the Aarhus municipality is offering help, and treats radicals in an unconventionally friendly manner.

What is remarkable about the Aarhus model is its almost unique approach to those who have become radicalised… In contrast [to France], the Aarhus municipality is offering help, and treats radicals in an unconventionally friendly manner.

What is most striking about the Aarhus model is its acceptance of the fact that discrimination, through either humans or institutions, is “considered as one of the most important factors in creating the conditions for the growth of radicalisation”. This insight runs through every counter-measure of the model. Prevention of radicalisation is done not by criminalising youngsters – as happens in Germany, Belgium or France. Instead, they are treated as friends that went astray, and are offered a cup of coffee in order to talk about their frustrations.

Preben Bertelsen, a psychology professor at Aarhus University (and responsible for the psychological training of the programme’s mentors), says its all about inclusion: “These are young people struggling with pretty much the same issues as any others – getting a grip on their lives, making sense of things, finding a meaningful place in society. We have to say: provided you have done nothing criminal, we will help you to find a way back.”

Another very important component of the model is its continuous dialogue with at risk minority groups. In 2014, dialogue was established with the Somali associations in Aarhus, as well as with the board of Grimhøj Mosque (a notorious religious centre that enjoys a reputation for radicalism). Around 80 percent of the young radical fighters that went to Syria to join the jihad, were regulars in the Grimhøj Mosque. Since the local police joined forces with the mosque’s cleric, the programmes alert system has been extended to an influential figure. The cleric’s help is particularly significant when approaching those people having been identified as becoming more radicalised. He talks to those young men and, if desired, will even become a person they can contact directly. Astonishingly, local authorities maintain contact with the mosque although it earlier has uttered support for ISIS and was a religious interface for many radical fighters.

The model’s outstanding achievement rate speaks for itself. It has reduced the number of radical fighters travelling from Aarhus to Syria from 30 in 2013, to a single person in 2014. Copenhagen, the country’s capital (as well as other Scandinavian countries) have since adopted models that are largely based on the Aarhus example. But the success of Aarhus has also caused quite a stir overseas. At the beginning of this year, Jacob Bundsgaard, the mayor of Aarhus, was invited to share his experiences with his city’s preventive approach at “The White House Summit on Countering Violent Extremism”.

Despite the Copenhagen shootings on 20 February this year, Denmark is not the first country on my mind when it comes to terrorist attacks related to jihadism. Then again, one has to keep in mind that the country descended into trouble in 2005, when a series of cartoons depicting the Prophet Muhammed were published in the newspaper Jyllands-Posten. In the wake of the Madrid and London bombings of 2004 and 2005, Danish authorities became increasingly concerned with the issue of home-grown terrorism in their local districts. And from 2007 onwards work in this area began as a pilot project and evolved into what has now become a combination of dialogue and a firm hand. While in 2013, the second largest group of radical foreign fighters that made their journey to the hard-fought areas in Syria originated from Denmark, it came down to one single person in 2014.

In the wake of the Madrid and London bombings of 2004 and 2005, Danish authorities became increasingly concerned with the issue of home-grown terrorism in their local districts. From 2007 onwards, work in this area began as a pilot project and evolved into what has now become a combination of dialogue and a firm hand.

Despite these astonishing results, this soft approach has not been meet with universal approval in Denmark. For instance, the Venstre party, now in government since the last general election in June, has called to clamp down rigorously on returning jihadist. Like in neighbouring countries, the party opts for imprisonment and to strip returnees of their Danish citizenship. The anti-immigration Danish People’s Party has, in the run up to the next election, criticised the de-radicalisation programme for being a “poor reaction” or even “naïve”, while demanding an extensive increase in surveillance efforts. However, looking at the results achieved so far, the Aarhus programme seems to be the only de-radicalisation action plan in place that actually has achieved measurable results. 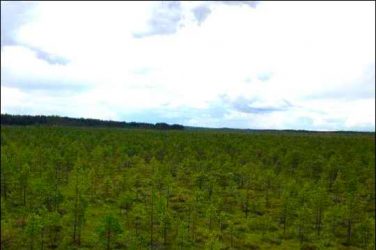 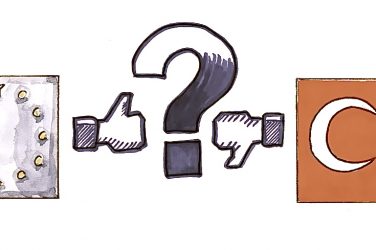 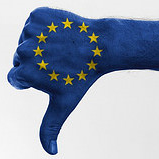