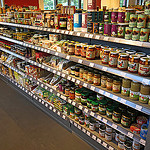 E&M‘s Rosamund Mather takes us on her personal vegan journey and explains how moving to Germany and Austria opened her eyes to everything that was possible in the world of veganism.

When you’re travelling as a vegetarian or vegan, you become hyper-aware of the fact that most traditional European cuisine is heavy on the meat. France’s status appears to be somewhat notorious, as when I’ve spoken to fellow veggies, they’ve reported difficulties in restaurants. Indeed, as a child, I remember being terrified of the rabbits’ ears and cows’ tongues on offer in French supermarkets. Even over on the other side of the Atlantic, the cuisine of Quebec draws heavily from the French; on a visit to a cabane à sucre – a wooden hut in the countryside where merriment takes place to mark the end of the gruelling winter – I politely declined oreilles de crisse, or fried pigs’ ears.

The word veganism was first coined in 1944 by UK animal rights advocate and Vegan Society founder Donald Watson, who described its purpose as to “to seek an end to the use of animals by man for food, commodities, work, hunting, vivisection, and by all other uses involving exploitation of animal life by man”.

I don’t make a habit of letting everyone know off the bat that I am vegan, and I do get the odd “Isn’t that a bit… extreme?” or “What do you actually eat?” if it does come up. But generally, I’ve found Germany and Austria to be the most vegan-friendly countries in Europe, despite veganism being “invented” in the UK.

Whenever I tell people that, they are incredulous, but really: my semester in Linz, Austria in 2012 opened my eyes. It was the very first time I saw that normal supermarkets can, indeed, provide vegans and vegetarians with all they need; there was a whole range of animal-free sausages, bread spreads, quark – all things integral to a hearty Germanic diet. Even the Reformhaus – health food store – on my way to work offered a vegan version of the local biscuit, the Linzer Auge. Things that were mere luxuries in the UK, things that I could pick up only on trips to bigger cities, were what people ate every day here.

The vegan scene in Germany is not just burgeoning, but fully-fledged. There’s Veganz – the world’s first vegan supermarket chain – founded in 2011 in Berlin, now with stores not only in various German cities but also in Vienna and Prague. In 2015, no less than three vegan lifestyle magazines have been brought out in Germany: Welt Vegan (with Canadian actor Ryan Gosling adorning the cover of the current edition), Noveaux (focusing on cruelty-free, sustainable fashion and beauty), and Vegan World (free in restaurants and cafés, also downloadable). In recent hell-freezing news, even McDonald’s got in on the action, introducing a quinoa burger.

Apparently, all this exposure is spreading the idea that veganism doesn’t have to be an exclusive club, which is great. It must be conceded, though, that for veganism to be fun, you do often need to be in the money, which is where all the flashy supermarkets come in. Although I don’t do my weekly shop at those places and I don’t think many people do – it’s much more common practice to just pick up some treats or speciality items every so often – it can be off-putting that they are expensive even in Berlin, where vegan demand is high and there is a lower cost of living than many other European capitals.

Ironically, the “goal” for a completely vegan world seems to get further and further away the more everything deviates from education and accessibility. For example, as lovely as it is to eat a vegan Käsespätzle, a vegan diet or lifestyle isn’t actually contingent with how many processed meat or dairy replacements you can get. Something I do personally feel gets neglected within the hype of all the benefits of going vegan is the sheer amount of time it requires. The ingredients that you discover actually exist and the consequent new possibilities of cooking can be overwhelming. If you simply never learnt to cook or are used to whipping up something quickly in the microwave during the precious free hours from your full-time job, it is indeed a lot easier to stick the same old, trusted rice dish in the microwave. There are new things that need to be considered, like making sure that you are getting enough protein and iron – and whether that’s in conjunction with iron activators, like vitamin C.

This is not to say that other areas of Europe aren’t catching up to German and Austrian levels of vegan awareness. At raw vegan restaurant Raw42 in Vilnius, Lithuania, I had my first real opportunity to try borscht – the beetroot-based soup popular in Europe’s more easterly countries, with sour cream as a key ingredient. In this case, the sunflower seed cheese in the borscht was substituted for the cream.

Now, why I actually didn’t go for the borscht is quite another question, mainly to do with being about to go on a long coach journey and I wanted to eat something more carby. But the fact that it existed was very exciting, and I promised myself that the minute I got hope, I would look up a recipe. Oh, and for pierogis, and for goulash, and all those other local foods I thought I’d never be able to try…

Living in Berlin has changed my life in several ways, but I’m only now realising how much it has made eating pleasurable. Since food is such is such a huge part of life and tasty vegan food abundant and easily obtainable here, it’s helped me to completely rethink the way I eat. Before, I wouldn’t have called being vegan stressful as such – at least, not as stressful as some people surrounding me wanted it to be – but in Berlin it’s not something I need to think about at all.

Rarely do I have to ask before ordering a latte, “Gibt es hier auch Sojamilch?” [Do you have soya milk here?] – I can more often than not simply tack “mit Sojamilch, bitte” [with soya milk, please] onto the end of my sentence. This is absolutely the first city I’ve been where that’s possible. Given the myriad of reasons that people go vegan – or at least try to reduce their consumption of animal products – why is that the case?

While every person on this planet going completely vegan is neither feasible nor likely, the most important thing is that we stay critical and aware of how our individual output is going to influence food production over the coming decades.

If I do end up in a place where there’s no soya milk, though, no big deal; I’ll just order a black coffee. 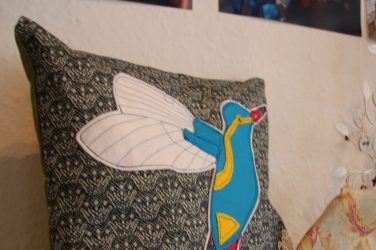 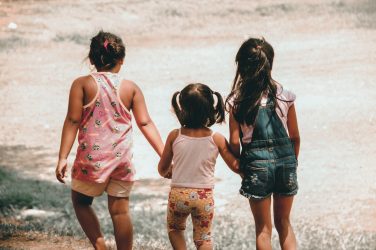 The Integration Conundrum: Who gets to belong?

E&M‘s Nicoletta Enria recounts personal and intimate experiences of migration and integration – and ... 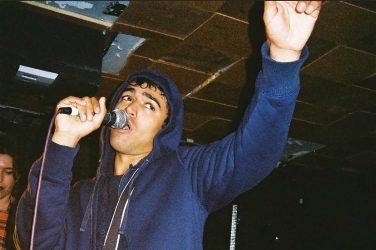