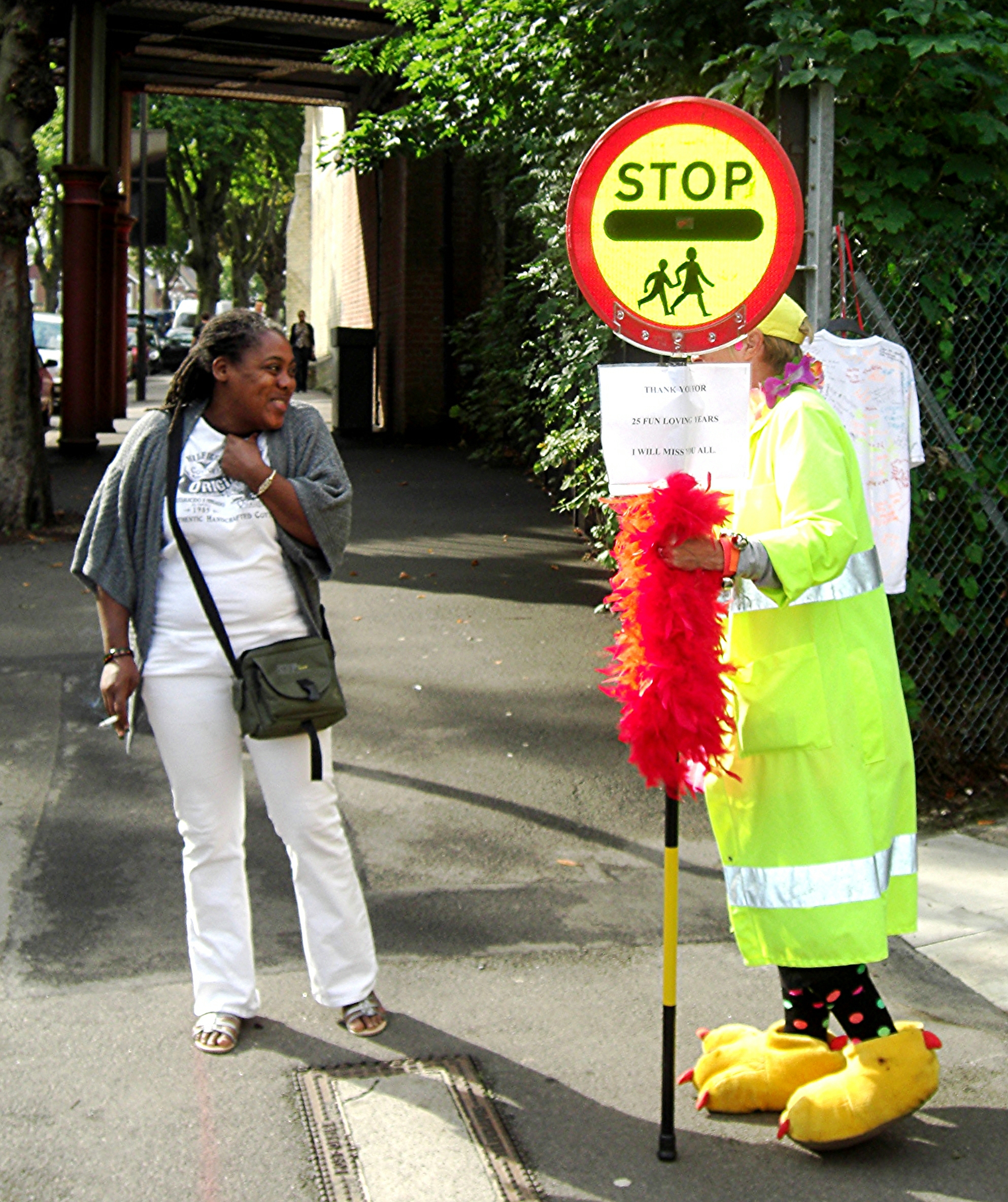 Any woman who actively decides not to have children risks accusations of selfishness and perversity. But according to Athene Dilke, this is all the wrong way round. Parents are more ferociously protective of their own genes than anybody else alive, while the ever world’s increasing population is an ecological time bomb which has already started to explode. Are you sure you really want to introduce another human into this world?

Any woman who’s been in a relationship for a certain amount of of time will come to dread the familiar question: “So, are you thinking about kids yet?” Even if you eschew convention and decide against marriage, you will not be able to avoid interrogations about when you are planning to fulfil your biological raison d’être and reproduce. Many non-traditional values have been accepted or at least tolerated in the liberal cities of our continent. But such conversations are proof that a voluntary decision to remain childless is still generally treated as unnatural. It is easy to point to a thousand logical arguments for not having children. Yet the social need for babies is cultural and primal rather than logical, and rational debate rarely clouds the blind optimism of your opponent.

The pressure to procreate comes not only from those around us, but also from our governments. Politicians throughout Europe regularly trumpet the steps they are taking to assist hard-working families, but rarely, if ever, do the needs of single people grace their speeches. True, measures like child benefits and subsidised childcare can also be positive steps for gender equality: they acknowledge the time, money and career setbacks that children require and attempt to reimburse a sacrifice made disproportionately by women. On the other hand, some of these policies can be seen as effectively a government bribe to women to give up their careers and reassume traditional roles as homemakers. France in particular has pursued drastically pro-natalist policies, ranging from tax credits for parents to discounts on public transport and preferential treatment of families in the distribution of social housing. This is simply offering privileges to those couples who choose a more traditional lifestyle.

Perhaps these financial incentives would be defensible if boosting birth rates were a positive long-term goal. But given the economic and environmental pressures our world is suffering, it is in fact a catastrophic strategy. Our world is vastly overpopulated, our resources are dwindling and we are facing an imminent environmental apocalypse. We can cut down on beef, plastic bags and RyanAir flights all we want; but as long as we keep producing humans at such an unsustainable rate, our problems will only get worse. The average western or European child is one big consumer. They use globally unfair quantities of water and electricity, demand plastic toys made from oil drilled from our oceans, drink milk and eat meat that result in even more methane being put into the atmosphere, shit into disposable nappies and get driven around in a car. Obviously most of the adults are doing similar things; but this only emphasises the need to limit the number of humans pursuing this kind of unsustainable lifestyle. Or, as the hero of Jonathan Franzen’s novel Freedom puts it in somewhat less restrained terms: “We are adding thirteen million human beings to the population every month! Thirteen million more people to kill each other in competition over finite resources! And wipe out every other living thing along the way!”

From an economic perspective, the thinking behind relentlessly pursuing a steady or rising birth rate seems extremely short-sighted, if not totally insane. A good example of the rhetoric employed by the prophets of doom is Pope Francis’ most recent tirade about “tired Europe”, in which he interpreted low birth rates as a sign of more general decline. The logic of the Pope’s arguments does not even hold from sentence to sentence; he decries dwindling child populations in Europe and in the same breath laments the vast numbers of unemployed young people. It is not clear how adding more young people to an already overstretched job market will help the existing unemployed thousands; perhaps an act of blind faith is required to understand that line of reasoning. But it is this kind of irrational reaction that falling birth rate always meets. We are given to believe that rising birth rates are a sign of success for a country and for the world when the reality is that for most countries a falling birth rate has correlated with a rise in equality and a reduced need for resources such as electricity, food and water.

Having children is essentially a selfish decision, although it has the potential not to be. It is an open declaration that your genes deserve to be preserved, to the detriment of others.

Not that rejecting child-rearing needs to be a virtuous self-sacrifice. In fact, removing for a moment the spectacles our culture has given us, the argument against starting a family seems fairly straightforward. If you don’t particularly like children and you have a good life without them, why burden yourself with them? Life without children has the potential to be freer, more remarkable and uninhibited than life with them. How many relationships survive the impact of children? How many people are forced to take on unpleasant jobs in order to ensure security for their offspring? How many people go insane from the boredom of taking care of very young children with a permanent hangover of fatigue? Most people are very much aware of the hardships involved in family life: indeed, outlining the positive impact of not having children on one’s life often leads to accusations of selfishness and epicureanism. But it feels as though a double standard is employed here. Seeking happiness in our lives is generally touted as a good way to live. If people want children and feel that having them would make them happy then we encourage them. But if people do not want children, and know they would be happier without them, society judges them as narcissists.

In La Dolce Vita, Marcello’s long-suffering and neurotic lover, Emma, accuses Marcello of being unnatural for his lack of interest in having a family with her. When watching the film again recently I was struck by the thought that, if I had Marcello’s lifestyle, hobnobbing with Nico, fucking beautiful actresses in fountains and prostitutes’ beds, and generally having a wild old time of it, I wouldn’t be yearning for a family life and the onslaught of midlife crisis, with nothing to replace these joyous exploits but slippers. Moreover, Marcello’s friend Steiner serves as a cautionary tale for the person who uses their children as the vehicle for their own sense of achievement in life. Spoiler alert: he ends up shooting his brains out and killing his two young children. Perhaps neither character achieves the perfect happiness they both dream of, but I know whose life I would rather have.

But it is not only your own life that might be improved by foregoing reproduction: childless people can be good for society as well. Caitlin Moran, in her somewhat uneven feminist manifesto ‘How to be a Woman’, includes an excellent chapter making this point. Most prominent among her arguments is the observation that childless people tend to have more time to devote to general social good. Certainly in the UK, unless parents are surviving on benefits or one of the parents earns an exorbitant amount of money, both parents tend to work. Holding down a job and raising a child requires a phenomenal amount of time and effort. Before she had children, Moran admits, she was politically aware and recycled religiously. After giving birth, however, she would “gladly shoot the last endangered panda in the face to stop her child from crying.”

The social conscience argument demonstrates the illogicality of the stereotype of the selfish childfree woman: the one who doesn’t want to wreck her tits and cunt forever, the one who’d still like to have a 26 inch waist and a jammy sex life at age 40. Having children is essentially a selfish decision, although it has the potential not to be. It is an open declaration that your genes deserve to be preserved, to the detriment of others; that the concerns of your family triumph over the needs of other people. If you want evidence, just wander the streets on a weekday morning and watch parents ferry their kids to school in gas-guzzling 4x4s, endangering the lives of cyclists and lowering the air quality of their city so that they and their children can feel marginally safer. Having children demands that you prioritise their needs over every other concern.

Perhaps one day adults will be permitted to make up their own minds about whether they wish to have children, without personal or governmental pressure. Children have the potential to be a great gift; but they can also be a terrible burden. This burden is not restricted to an individual couple but affects everyone on a global and local level. People who choose to be childless, for whatever reason, should be celebrated as essential members of the inclusive and non-traditional society we hope to achieve. 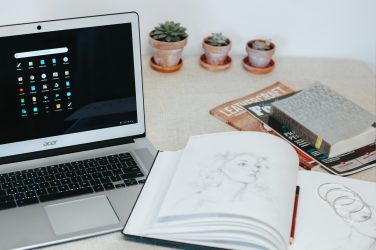