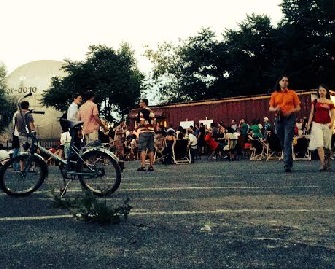 Indie Music in the Eastern Bloc 25 Years After: a Vedette of Social Change

The first quarter-century of democracy in the so-called post-Communist states is slowly coming to an end, marking an impressive anniversary that seems to suggest a reevaluation of whether we should still view them from such a perspective at all. Indeed, these countries have made significant progress in pursuing the status of developed countries – they have established free-market economies of their own and more or less functioning legislative systems, extended the freedom of speech and generally adopted many of the other exciting features that accompany the idea of Western democracy. But one does not need a degree in Slavic Studies to realize that disillusion and indifference might result from twenty-five years of vox populi; and in the aftermath of various economic crises, it is not love and truth that prevail over lies and hatred, but a thorough disgruntlement of the current social situation.

Is there anything at all that could be regarded as a definitively positive outcome of the previous two decades, any glimpse of social or cultural prosperity that can be observed throughout the entire region of Central and Eastern Europe?

Well, yes there is: the region’s thriving independent music scene. One of the reasons for the rise of indie music in Central and Eastern Europe is the gradual but persistent development of genuine urban communities – and I am not talking about fast food chains and the ever-increasing number of shopping malls. It seems as if in the recent years, the whole of the region has risen from its ashes and begun to use its ample wits and creativity in order to shape public opinion, to foster social awareness through a revitalisation of the local gastronomy, fashion, literature, music and arts. The sentiment seems to have developed that, as Bertold Brecht once said, “Art is not a mirror to hold up to society, but a hammer with which to shape it,” and music especially has always shaped and inspired revolutionary thoughts. In fact, it was often the underground music scene that delivered the most intriguing moments during the Communist era. Plastic People of the Universe, for instance, occupied a crucial role in the pre-1989 Czechoslovak political underground movement, with prominent dissidents like Vaclav Havel visiting their secret gigs. As the legend goes, Havel once told Michael Jackson that he was more a fan of Frank Zappa than of the King’s own pop tunes; and neither was the situation in Poland or Hungary any different. But what musical reflections can remain once the capitalist mantra has been fulfilled, and furthermore, once it has morphed?

For one, the Jobbik party’s organized raids on immigrants and Romani in Hungary has come to resemble more of a siege than an attempt to preserve the country’s sovereign status. As shown in a recent documentary by the Dutch filmmaker Swaan van Iterson, the Jobbik party, surprisingly, had gained the majority of its popularity from young students and intellectual groups that had also organised anti-Jew marches and raids against the Roma. It is these same people that consider Viktor Orbán’s autocratic policies—which, by the way, have won the country the nickname Orbánistan—too loose and ineffective. Although both international and local intelligentsia have been protesting to put an end to this strikingly alarming case of history repeating itself, their cogent efforts have met their limits—political opposition is shattered and the current economic situation doesn’t really work in their favour, either.

Despite far-right thoughts creeping all over Europe, to this day it seems the fiercest enemy of the Czech Republic has remained… communism. And neither is the local music scene spared—in fact it is often wielded as Brecht’s hammer. In a recent row, for example, the organizers of the annual pop music awards were accused of harboring anti-democratic feelings when they refused to give an award to a performer whose lyrics openly called for violence against women. This has created a massive wave of panic amongst the local cultural elite that resulted in a rather surreal media war. Instead of shunning the performer’s attitude or laughing off the entire organization for favouring matador musicians that were selling thousands of records forty years ago (and still are), some of the awards’ past winners publicly demonstrated their sympathies with the rapper. They renounced their past victories and set on a campaign to combat latent socialists who would like to tell us what to do and still wish for the old times to return. After all, they said, this is a democracy, and in democracies the public has the right to buy and listen to the records of a person who openly incites hate crime. This provoked a huge public debate with a clear ontological issue to determine: the line between freedom of speech and respect and dignity. Driven by the legacy of the late Vaclav Havel, much of the local arts scene is simply not ready to move on from the never-ending political protests, though far-fetched and, ironically, reminiscent of the previous regime.

Fortunately, the situation is not as gloomy as it sounds. Despite all this murky left-right schism, the public debate is thriving—and so are cultural movements. While the common state mantra for funding culture is to pretend it doesn’t exist at all (e.g., the Czech government spends roughly 0,01% of the annual budget on culture), the local community comes in and does the job for them. Street markets, bio cafés, critical mass rides, food waste public awareness campaigns, fashion exhibitions, independent art galleries, grassroot movements—all have been providing their support to social causes, music and arts included.

It is incredible how cultural life has blossomed in the recent years, from Warsaw to Zagreb, Prague to Sofia. The Internet and new technologies as a whole turned the music business upside down. The first post-1989 generation was preoccupied with how to get cassettes or CD’s of their favourite boy band they’d heard on MTV (if they were lucky and had a satellite) and any music project had to place its future in the hands of the colossal hydra of music industry if it strived to become famous. Nowadays, kids have all the possible means to pursue their musical dreams right from their bedrooms, with apps like SoundCloud, or Bandcamp, and, of course, an iPhone in their hands. Independent musicians now have to face the Pitchfork competition and prove their true artist qualities, but Western fans are slowly unveiling the jewels of European indie music, too. Poland has been extremely prolific in this perspective, and its new music influences apparently captivated the international press: synth-pop knights KAMP!, experimental insomniac Piotr Kurek, haunted dancehall queen Ela Orleans or dreamy lo-fi Enchanted Hunters were often cited. Slovakia is another surprise in the game—there you’ll find a land saturated with good vibes from the likes of the vibraphone magician Stroon, hip electronic duo Ink Midget&Pjoni or the audiovisual artist András Cséfalvay. The Czech Republic is absolutely thriving with enthusiastic artist collectives (AM180 and its Creepy Teepee festival), while bands like Palermo or Deaths have made it to the status of emerging pop icons. Estonia can boast about the hypnagogic pop of Maria Minerva, probably the most famous star of the region; and Romania offers Somnoroase Păsărele, a project revisiting Ceaușescu’s political addresses. The latest hype comes from Bulgaria, which celebrates its own version of M.I.A.—Denitza Todorova, aka DENA. The emerging star may be a Berlin resident, but the Balkan vibe can’t be denied when she sings about “Cash, Diamond Rings, Swimming Pools”. Record labels are springing up all across the region: the prolific Exitab based in Bratislava, Brennnessel in Lodz (founded by KAMP!’s members putting out many great Polish acts) or Farbwechsel in Budapest.

Altogether, these genuinely local cultural movements contribute to the creation of a sort of peculiar arts environment, haunted by its grey past, while anxiously awaiting its bright future. The music coming out of Central and Eastern Europe today is often devoid of any direct political connotations despite recent crises, downturns and extremist moods in the society. But it does shape the future generations by approaching the music business directly and fearlessly. It seems the transition from the gloomy post-1989 focus on the search for the self is finally entering its ultimate stage as a confident, prospective and rich arts and music scene. If there is anything the region should be proud of, it is exactly this cultural “underground”, soaking with vibe, inherent enthusiasm and self-sufficient and exciting progressions. 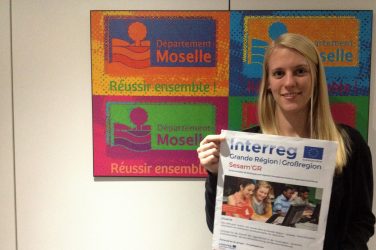 European Identity – Okay, but how?

Smiled at by some, passionately defended by others, European identity is a blurry concept. ... 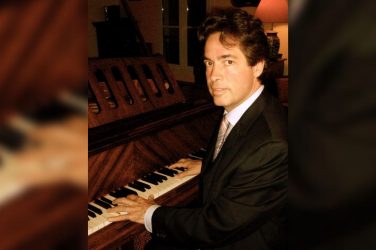 Art, whilst representing beauty and aesthetics, is also an important form of protest, to ...