Europe has steadily fallen behind the US in terms of innovation. E&M looks at the problems facing business start-ups and asks how can we fix European entrepreneurship?

In the past three decades, Europe has only produced three of the current global top 500 companies, compared to 26 in California alone. If the European Union wants to remain a relevant actor in global business this needs to change. The NSA spying scandal might be the wake-up call required to start that process.

The recent revelations that companies like Facebook, Google and Dropbox are participating in the NSA Prism spying programme came as a shock to Europeans. At least to those who thought that Hollywood depictions of American surveillance capabilities were hugely exaggerated. It turned out that they were not. The massive intrusion on EU citizens’ privacy also highlighted that all those companies that have become an integral part of today’s global web infrastructure are American and thus first and foremost bound to US jurisdiction. Europe’s lack of tech titans is therefore not only an economic challenge. Increasingly, it is also becoming a strategic one.

Europe could be a great place for start-ups. After all, European scientists and engineers have been at the forefront of those innovations that created the digital age.

In fact, the World Wide Web itself was invented by a Briton working in a research institute in Switzerland. So why has it largely been American start-ups that became the de-facto monopolists which are now forming the Web 2.0 and what is wrong with entrepreneurship in Europe to have let this happen?

“There is no word for ‘entrepreneur’ in French.”

George W. Bush allegedly once said that “there is no word for ‘entrepreneur’ in French.” In addition to being a great connoisseur of the French language, he apparently gave some thought to the matter and concluded that Europeans in general and the French in particular lack entrepreneurial culture. And in spite of his other shortcomings, he certainly has a point here.

Europeans tend to be more risk-averse and more afraid of failure than their counterparts across the Atlantic.

“Americans have a completely different mentality than Europeans” says Michael Krayenhoff, who co-founded the dating website ‘The Inner Circle’ in November 2011, shortly after completing his Masters degree. His start-up is based at Silicon Roundabout, a technology cluster in East London.

The dating industry is a rather mature and competitive one, but Krayenhoff and his partner found they could deliver a better service than the established players. In March 2013 they broke even. “After graduating from university most Europeans expect to be given a good and safe job” he says. “In the United States it is more about creating your own opportunities.”

In addition, it’s often said that Europeans tend to be more risk-averse and more afraid of failure than their counterparts across the Atlantic. This creates a huge emotional barrier to trailblazing entrepreneurism, as starting a business is full of risks and prone to failure. “In fact, failure is a normal step on the way to success” says Nils Göldner, who works for blackboat.com, a consultancy helping start-ups to manage fast growth.

“Few successful entrepreneurs have a major breakthrough with their first attempt.”

A gifted failure is more valuable than a minor success

In order to become a successful entrepreneur, a ‘gifted’ failure is considerably more valuable than a minor success as the experiences gained can often enhance chances to succeed with the next idea. Unfortunately, after going bankrupt in France, for example, it can take up to nine years until you are able to access the resources to start something new.

In Germany, you might even be banned for life from executive positions in big companies. And since failure leaves a lasting stigma, finding investors for your second attempt can prove to be a challenge.

A more entrepreneurial culture cannot be created overnight. “We have to start with education,” says Krayenhoff. “If you want to push entrepreneurship, you have to encourage it at schools and universities.” Europe lags behind when it comes to teaching students entrepreneurial skills and encouraging them to transform their ideas into business ventures. It is therefore hardly surprising that US-based companies successfully marketed various ideas that were originally European. One of the most striking examples is mp3 technology. Although this was developed in Germany, it was an American company who put a half eaten apple on mp3-players and made billions.

European venture capital has declined by 50% in the past five years.

This is not simply down to a lack of entrepreneurial spirit, however: a European trying to market their ideas in the European Union faces various challenges. Raising capital is often the first problem faced by those setting out to build a company.

Banks tend to be hesitant about funding start-ups, whom they perceive to be too risky. Although there are some governmental funding schemes, their application processes are often highly time-consuming. The most common source for start-up funding is venture capital. European venture capital has never been as readily available as in the US and has actually declined by 50% in the past five years.

In their “manifesto for entrepreneurship” a group of eminent entrepreneurs has thus called upon policy-makers to grant tax concessions for investments in small EU companies and to support start-ups to raise capital on public markets.

In Italy, Twenty authorities have jurisdiction over start-ups

A second barrier is bureaucracy. When you start a business in Italy, you have to deal with up to 20 authorities. In Germany it takes you at least 10 weeks to legally set up your business before you can get started. In sectors in which being the first mover has all the advantage, bureaucratic delays like this make the difference between success and failure.

Once the business is set up, strict labour laws make it hard to hire staff without taking on long-term obligations that would overburden a company that made a few wrong decisions. Moreover, strict rules on working conditions can be an additional hurdle for new start-ups. Bill Gates could never have founded Microsoft in Germany, as he started it in a garage without windows, which is illegal under German labour law. While these rules are certainly justified for most established companies, loosening them for newly founded enterprises could significantly help entreprenuers.

In the case of tech start-ups, European data protection law is a further obstacle. European laws are considerably stricter than American ones. Operating an online shop and saving customer data without violating privacy laws is a challenge. As technology has advanced, legislation at both national and European level has failed to adapt at the same pace. It is inconsistent across Europe and expanding your business to a second member state still requires in-depth knowledge of the local data protection laws, stifling cross-border expansion across the EU. It is therefore crucial that the European Commission’s plan to unify data protection by 2016 into one single regulation is not hindered by member states.

Europe still does not have a single market

The Single Market is still far from complete, and expansion to other EU member states can require hiring additional local staff to deal with national legal issues that arise from adapting to local laws and regulations. In some cases this even necessitates the creation of a subsidiary of the parent company. This entails additional costs in terms of time and resources, which US competitors can invest in their actual products.

“But even in more traditional markets it remains difficult to expand” says Göldner, who also operates steakfreunde.de, a start-up selling high-quality meat products online. Expanding beyond Germany is currently not an option for the company. “It starts with trivial issues like shipping costs. We can sell our products to clients in Frankfurt/Oder. But if we want to post them to customers ten kilometres further east the shipping costs triple, just because we have to cross the border to Poland. This is not feasible for us.”

These are some of the issues that need to be tackled in order to create a more entrepreneur-friendly European Union. There is a lot of talent emerging from Europe: according to the Economist, there are about 50,000 Germans working in Silicon Valley and more than 500 start-ups in California were founded by French nationals. If the EU creates better conditions for entrepreneurs, a lot of talent, both European and non-European, might be more willing to start their businesses in the EU. After all, there are enough reasons to live and work in Europe. Eight of the ten most liveable cities in the world are located here. The surfing spots in France and Portugal can compete with those in California and the risk of being shot is significantly lower than in the US!

The NSA revelations might stimulate tech companies based in the EU

The European success stories of Skype, Spotify and Soundcloud show the potential European start-ups have. The EU needs more than these companies to maintain a competitive edge in the global economy. And the timing for boosting entrepreneurship could hardly be better, the NSA revelations might turn out to be a significant stimulus for EU-based tech start-ups. As private and corporate clients inside and outside Europe are becoming more sceptical about the safety of their data in US-based companies, demand for European alternatives is already rising.

This demand is something that could be built upon and policy-makers at both European and the national level should act now. They cannot enforce entrepreneurial spirit, but they can create conditions that facilitate it. Promoting entrepreneurial culture, cutting red tape for start-ups, facilitating access to venture capital, and completing the single market would be a good place to start. 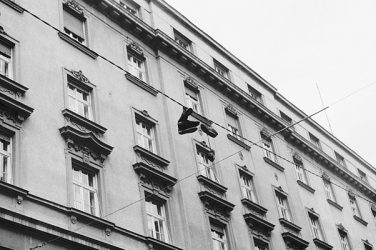 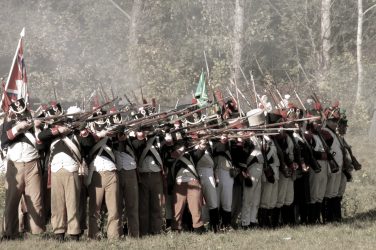