Some people have a whole lot of love and choose to share it with several partners. We’ve talked to two such people, read on to find out more!

Hollywood feel-good films are full of triangles. But to most people, being in love with more than one is a scene set for tragedy. It often ends with you drinking your way into oblivion, without any lover left to lean on when you wake up.

But there is an alternative ending. Some people refuse to choose, and instead they love several people at the same time. It is not cheating. It is not being a Mormon. It is polyamory.

“There are polyamorous people who are very daring and alternative, sure, but most of us are perfectly normal with normal relationships – only they contain more people,” he says. And almost to prove his point, Harald looks, acts and sounds very ordinary. He is a 34-year old civil engineer and computer programmer, nothing strange there. He lives in a small apartment with his girlfriend Dana, who is the mother of his two kids – a normal enough arrangement. At a first glance, his red glasses are the most eccentric thing about him, but even this shy abnormality is well compensated by the ketchup stains around his kids’ mouths.

According to Harald, it is thanks to polyamory that he manages to live this seemingly normal life. His earlier relationships all crashed because he was unable commit to one person, knowing he would end up hurting them when he inevitably fell for someone else. “I thought there was something wrong with me that I’d have to deal with, and I ignored the possibility that I might be healthy and that the norms were at fault. It was a very difficult time,” he says. “But then I met Dana and she expressed a will to live non-monogamously. I almost had to pinch my arm when she said it, because I’d given up.” Since then Harald and Dana have both had multiple relationships on the side, but they do not share partners. And unlike some poly-relationships that have rules on who you can and cannot see, Harald and Dana’s only rule is that they make sure not to risk each other’s health by having unprotected sex.

To many, this arrangement seems impossible. To make it work, Harald advises you to use the same old remedy that is prescribed for most issues in a normal relationship: communication. Being open becomes especially important when polyamorous people meet new partners. They have to be aware of the setup, as this will minimise the risk that they get hurt. This basic rule – that everyone has to agree on the arrangements – is key to polyamory.

Hurting others is not the only risk you run. A lot of non-believers claim that having multiple partners will increase the risk of catching an STI. But Matthew Bobbu, 23 and editor of Polytical, a British organisation that works for poly rights, claims that the health risks are actually smaller than in a monogamous relationship.

“Normally, if anyone cheats they might not bring it up, and then you would not know that your partner is risking your health. This is less likely in a polyamorous relationship,” he says and sniffles. “But you do run a greater risk of catching a cold with all the people around you.”

“I’ve had a fire in my house so I’m homeless at the moment. It’s been great to be able to stay at my partners’ and then have their partners look after me as well.”

But everyone is not as comfortable with their lover’s others. Harald admits he can struggle with jealousy, but like most polyamorous people he believes it stems from his insecurities, and that it can be managed by attacking the underlying issues.

“It’s sort of like practising CBT [Cognitive Behavioural Therapy] on yourself. You expose yourself to a little jealousy at a time and look at your feelings and think, ‘what is this, what caused it, and why does it scare me?'” he says.

But even if your health and your jealousy are under control, you still have to worry about how others are going to perceive your lifestyle. For some, “coming out” can be tough. People have lost their jobs, and some have even lost their kids.

To make it as smooth as possible, Matthew advises you to be casual when you come out to people, instead of “sitting them down for a talk”. “People follow mental cues,” he says. “If you’re serious when you bring it up they’ll be serious when they react to it. But if you don’t treat it like a problem, the chance is greater they won’t either.”

When Harald first came out he had some issues with his mum. “She thought, ‘I’ll never get grandchildren if you’re going to be that weird’. Makes you wonder who taught her maths,” he says. “But we talked about it and eventually she realised that perhaps I wasn’t so weird after all.”

When he first came out he had issues with his mum. She thought “I’ll never have grandchildren if you’re going to be that weird.

Harald’s mother is not the only one who struggles to work children into the polyamorous equation. Some are concerned that role-models can disappear suddenly when parents split with one of their partners, or that the children will get bullied in school. But Harald’s kids – although loud and messy – seem healthy enough. “I don’t think our family is crazier than any divorced family with their step-brothers here and their step-sister there, and those families usually work out. And the kids can only benefit from more adults in their lives.”

With all the difficulties that polyamory holds, there are various communities and organisations that offer support. They can help you to manage your jealousy, or give tips on how to handle stuff like sexual health checkups.

Polytical works to end discrimination in Britain, such as the extra fee that has been put on some households with multiple unwed occupants. They also help polyamorous constellations to get the same legal protection that a normal couple gets from marriage.

Polyheart is not an activist organisation. Instead Harald wants to offer polyamorous people a sense of belonging, hoping this might give them the courage to live the way they want. “I think my life is pretty good now,” he says. “That is mainly because I’ve got the guts to stand up for who I am.”

In the future, Harald hopes polyamory will lose its bad name so that more people who feel that it would suit them can find the necessary confidence to try: “Today, people inform students in school about alternatives to heterosexuality. I hope they start talking about alternatives to monogamy as well, because I think everyone should know that it’s a free choice. That it’s up to everyone to decide for themselves.”

Note: This article was originally published in issue 14. 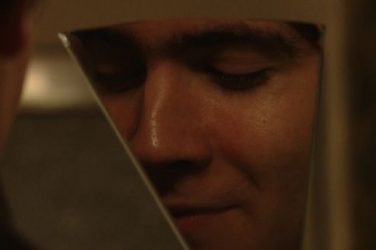 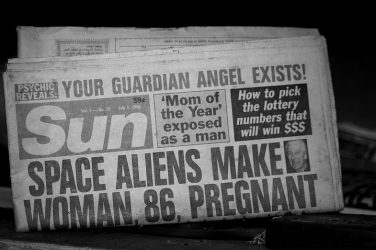 A different kind of nakedness

The Sun was the first place I ever saw a pornographic image of a ...