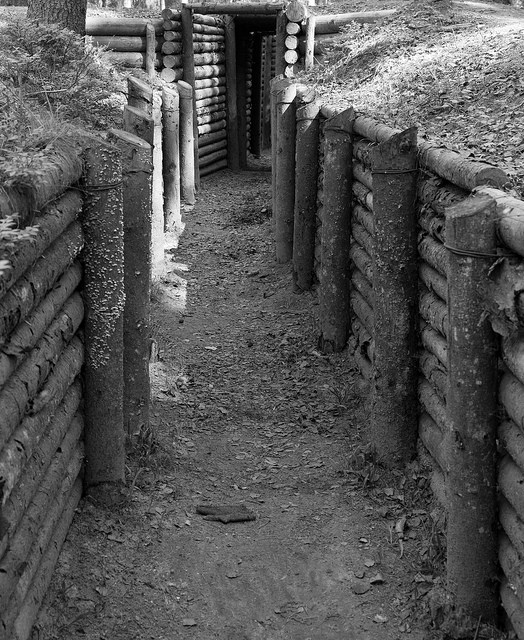 “Dawn came on us like a betrayer; it seemed as though the new sun rose as an ally of our enemies to assist in our destruction.” After the Second World War Primo Levi, an Italian Jew who had survived 10 months in Auschwitz, fulfilled a desperate longing: to tell his story. “If this is a man”, published in 1947, calmly articulated the shock, horror and impossible fortitude with which he and millions of other Europeans faced the events of the war. Primo Levi told his story in words; others told theirs in music.

In 1941, Dmitri Shostakovich took up work as a fire-fighter in Leningrad. As a result, he directly experienced the 872 day siege of the city by the Axis powers. Over a million members of the Red Army were killed, and two and a half million wounded. Bombing on 8th September 1941 alone caused 178 fires. Until a supply line was established in November, civilians starved, and the supply line itself was so icy that it became known not only as the “Road of Life”, but also as the “Road of Death”. Shostakovich was composing his Seventh Symphony.

“STALIN WAS A BASTARD!” the conductor of our youth orchestra bellowed during one dramatic rehearsal of the piece nearly 70 years later, exhorting us to fill our lungs more deeply, bow more passionately, immerse ourselves utterly in the fourth movement’s unstoppable rage. The bassoons agitated the texture, rising through insistent, determined minor scales. The brass began an explosive crescendo. The strings carved out a melody of relentless minor thirds, and dissonant sforzando chords preceded a furious outburst of trombones. The conductor may have been an eccentric thespian who slept in a caravan between days of rehearsals and took never-ending delight in ignoring the violas, but he was also a musical genius, and well aware of the origin of this symphony. In his “Testimony”, Shostakovich stated that he had planned the symphony before the siege of Leningrad, and was thinking of “other enemies of humanity” when he composed the First Movement. Stalin, he implied.

However, Shostakovich did not finish his work until he had seen the destruction wreaked by the attack of the city. And in private conversations with relatives and friends he revealed that the music told of evil generally, of all totalitarianism, of the grief of a mother at the loss of her son. When the symphony was officially reported as a response to Leningrad, the composer did not object. For the musicians of Leningrad it truly was the “Leningrad Symphony”. On 9th August 1942 the Leningrad Radio Orchestra gave a performance of the piece in the ravaged city. The orchestra had been depleted to 14 musicians; the conductor recruited anybody he could find to fill the remaining parts.

The music told of evil generally, of all totalitarianism, of the grief of a mother at the loss of her son.

For victims of war in the USSR and Western Europe, the symphony became a symbol of resistance at a time when morale was badly needed. Of his closest friend, Alberto, Primo Levi wrote: “I always saw, and still see in him, the rare figure of the strong yet peace-loving man against whom the weapons of night are blunted.” Up to the present day, Shostakovich is seen in this way by victims of evil and oppression across Europe and beyond.

In Nazi-occupied Poland, an earthier musical form took on the same role. Aching, bittersweet partisan songs brought together the largest underground resistance movement on the continent, and expressed the longing the fighters felt to return to their old lives. One of the most popular examples is “Dziś do ciebie przyjść nie mogę” – “I can’t come to you tonight”, which tells of pain and dream-like hope through the intervals of Klezmer music.

“I can’t come to you tonight,

I’m going into the nightly dusk,

Don’t watch me by the window,

The sight will be lost in the fog…

Don’t ever think my dear

That I’m missing someone else.

If I come back to you some day,

Perhaps in daytime, perhaps at night

We’ll be as happy as we would be in heaven

You will kiss me again and again…

And if I don’t come back, in the spring time,

Let my brother sow my soil

My bones will be overgrown with moss

More Jews were saved by the Polish partisan movement than by any other Allied organisation or government.

When Primo Levi was in Auschwitz, his last dregs of hope focussed on two things: the sunlight, and the intellectual, spiritual, moral potential of humanity. “Today is a good day,” he manages to write of a day at the camp, when after a long deathly winter the sun rises for the first time. “When even I felt its lukewarmth…I understood how men can worship the sun.” In his “Quartet for the end of time”, for piano, cello, violin and clarinet, Olivier Messiaen captures the ancient worship of nature’s timeless forces. He was inspired by a passage from Revelations. It begins: “And I saw another mighty angel come down from heaven, clothed with a cloud: and a rainbow was upon his head, and his face was as it were the sun, and his feet as pillars of fire”

Beyond this, he demonstrates the potential of humanity. Against all odds, the quartet was premiered at Görlitz prisoner of war camp, where Messiaen was incarcerated. With three fellow prisoners, he defied the living hell of war with a piece of music about transcendence. The seventh movement is entitled “Tangle of Rainbows for the Angel announcing the end of time”, for this is the proclamation of the biblical herald, and it surely represents Messiaen’s outcry against the impasse humanity has reached. But the quartet ends with a movement of “Praise to the immortality of Jesus”.

Messiaen’s musical statement is in keeping with the most powerful chapter of “If this is a man”, the Canto of Ulysses. Here Levi experiences his own revelation, when the words of Dante suddenly strike him, as he walks to collect the few mouthfuls of watery cabbage soup that will be his midday meal.

“How many things there are to say…I am in a hurry, a terrible hurry. Here, listen … open your ears and your mind, you have to understand, for my sake:

‘Think of your breed; for brutish ignorance

Your mettle was not made; you were made men,

As if I also was hearing it for the first time: like the blast of a trumpet, like the voice of God. For a moment I forget who I am and where I am.“ 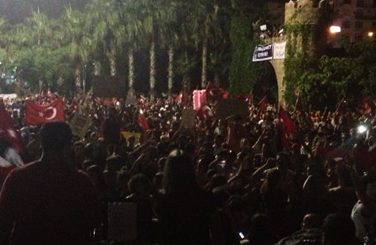 Turkey Speaks From The Heart

Over the past few weeks we’ve had plenty of information about the Turkey protests. ... 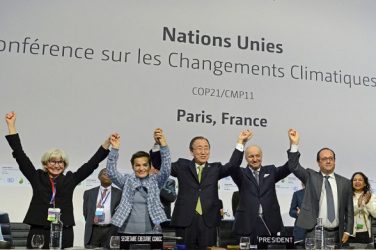 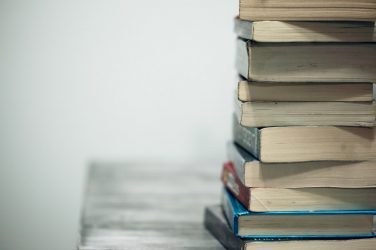 Reading does not require much; a quiet place to sit, good lightening, maybe a ...