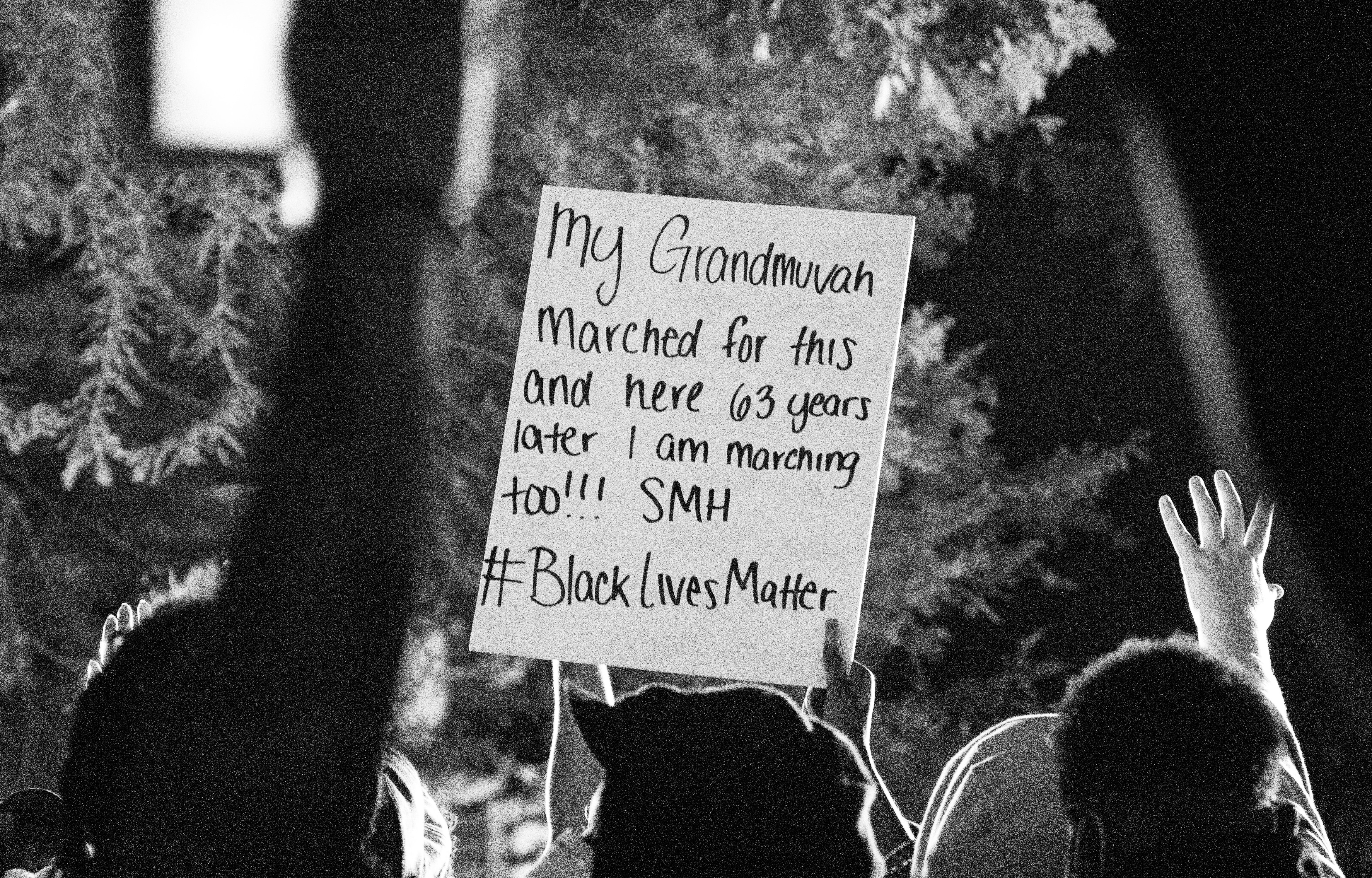 In light of recent instances of police brutality and systemic racism in the US as well as the global protests they sparked, Gabrielė Poteliunaitė reviews the Netflix docuseries ‘Bobby Kennedy for President’ that recounts another period of both violence and anti-racist activism in the US. Robert F. Kennedy, brother of John F. Kennedy, was an American politician and lawyer, who was assassinated in 1968 – the same year he announced his presidential bid, running on a platform of social justice and anti-war convictions.

First off, play the song, and then continue reading.

“‘1960 What’ came from a really personal place”, American singer and songwriter Gregory Porter disclosed. “My mother had just passed, and I was reconnecting with her story growing up in the South,” he explains. “I was listening to lots of Nina Simone, lots of soul music, deep blues and thinking about the LA riots, which had happened a few years before, and this recurring story of injustice. Whether it’s Martin Luther King, Rodney King (LA’92) or the shooting of any young person.”

“I don’t say ‘1970, what?’ or ‘1980, what?’ but the timelessness of the song is implied, for when it happens [again] in the next few years,” Gregory Porter explained. “I hope it doesn’t, but it probably will. It’s a recurring story if we don’t learn from history”  The recurrent phrase in the chorus, ‘1960, what? 1960, who?’, refers to numerous civil rights leaders and other prominent figures whose tragic deaths sparked many incidents of social discontent during the turbulent 60s.

The American political landscape of the 60s

“Each time a man stands up for an ideal, or acts to improve the lot of others, or strikes out against injustice, he sends forth a tiny ripple of hope, and crossing each other from a million different centres of energy and daring those ripples build a current which can sweep down the mightiest walls of oppression and resistance”

‘Bobby Kennedy for President’ is a docuseries that feels entirely fresh as it moves between interviews and rarely seen archival footage of Kennedy contemporaries, who up to today are working to address the civil rights issues Robert F. Kennedy himself desired to improve. The events depicted in the docuseries are unquestionably relevant for nowadays, as the director and executive producer Dawn Porter told the Guardian: “it’s not only fair, it’s imperative to draw comparisons to now.”

Putting aside the striking similarities between the volatile and polarised nature of contemporary politics and those of 1968, the vast extent of archival footage that has been compiled to create the film provides an immense degree of detail, allows for a quality of depiction of a story and strikes the viewer with a strong sense of urgency.

There are a lot of images in ‘Bobby Kennedy for President’ that most of us have probably seen before: the steps of the University of Alabama, the Civil Rights Movement, Vietnam, and the Cuban missile crisis. More fascinating and a bit less familiar are scenes of the ardour surrounding Kennedy’s presidential campaign in 1968. What the docuseries shows us, finally, is his ability to mirror people’s anticipation for peaceful change — back then, and now.

It convincingly touches upon RFK’s political evolution from a cold-blooded, Joseph McCarthy assisting pragmatist, who tapes Martin Luther King, to a relentless, Cesar Chavez assisting, civil rights leader idealist. ‘Bobby Kennedy for President’ suggests to us that it was, and maybe still is, possible for politicians to change their thinking and act based on the courage of their convictions. Rather than making him look unbeatable and flawless – as some of the documentaries tend to do with their subjects, Dawn Porter takes us on a journey to show us the Kennedy at his ugliest and at his moments of atonement and evolution. In short, the series covers Bobby’s political journey in its entirety, what he stood for and why, and what he left behind.

Robert F. Kennedy announced his candidacy for president on March 16, 1968, stating that the United States, riven by racism and entangled in war, must “stand for hope instead of despair.” And yes, the series does push you to deliberate a tough counterfactual: so what if he hadn’t been killed that night? What if JFK hadn’t been killed? Would we be somewhere else today?

1968: A violent year that changed US history

When news about Martin Luther King’s death reached Bobby Kennedy, he was scheduled to speak to a largely non-white crowd in Indianapolis, and he delivered the news in a somber and sincere manner. Watching that shaky and grainy video in 2020, it leaves you feeling somewhat idyllic; melancholic about hearing a politician speak respectfully and recite poetry. Idyllic, as it took courage for Bobby Kennedy to make that speech that night. It took empathy to want to do it, and dedication to keep a commitment. That night, Indianapolis was among the cities in which people did not riot.

What stands out about Robert Kennedy was his relentless dedication and genuine interest in hearing out and meeting every single suffering community. Most importantly, he listened. When journalist Pete Hamill says of Kennedy in the documentary that “he would never think of blaming people for their own poverty the way some of these swine today act about the poor”, we can suspect who he means.

RFK’s death had a powerful and immediate effect on the American political psyche, intensified by its proximity to King’s. In the documentary, author James Baldwin says about Jerome Smith, who had been beaten nearly to death as a civil rights activist, “he as a black man would never commit himself to fighting for this country.  For a country which says it is doing everything it can do, but which cannot liberate its own people”. And righteously so. Why would they serve a country, which does not care for them, does not respect them and abuse them?

In the course of a couple of years, people were “robbed of three of its [the US’] most prominent and promising leaders, leaders who represented change,” states Ross Baker in the series. “I think the most immediate reaction was despair and a sense that perhaps the democratic experiment was in the process of failing”. The despair was especially strong among African Americans, among those who put their faith in Kennedy after the tragic loss of King. Thurston Clarke, author of ‘The Last Campaign: Robert F. Kennedy and 82 Days That Inspired America’, remarked: “a direct line could be drawn between Kennedy’s assassination and the social breakdown of August 1968 … As one segment of a disillusioned populace turned to violence, another retreated from politics altogether”.

Kennedy’s death “really did persuade many people to seek private solutions, to retreat, to achieve a kind of personal redemption, and that had a very, very long-lasting effect on American life,” Dr. Baker said in the documentary. “People just turned away from the public square and said that any kind of national reconciliation and progress was hopeless through the political process”.

One of Bobby Kennedy’s overtly expressed arguments against police shutting down protests and arresting the protesters in the documentary was that: “we shouldn’t just deplore the violence, deplore the lawlessness. We should pass the laws that remedy what we are fighting about”. In light of the situations people find themselves in today, you may nod your head and wish that we had more Bobby Kennedys right now. Moments like that make you understand what the civil rights icon who once served as a campaign aide for Bobby, John Lewis, is still crying about five decades later in the documentary.

John Lewis states in the documentary: “I kept thinking today what could have been if Robert Kennedy hadn’t been assassinated 50 years ago. […] I think when he was assassinated something died in America, something died in all of us who knew him, who worked with him. He was the embodiment of the hopes and dreams of so many people”.

The most indelible moment of ‘Bobby Kennedy for President’, though, ironically, does not feature him. Instead, it is the scene where John Lewis discloses his pain of losing a friend: “I kept saying to myself, what is happening in America? To lose Martin Luther King, and two months later … it was too much.” If Bobby remains at something of a distance in the series, but his influence on others is impossible to ignore. The final line in the series is Kennedy quoting Tennyson:

“Come my friends”, he intones. “‘’Tis not too late to seek a newer world.”

Now as then, it hits close to home. 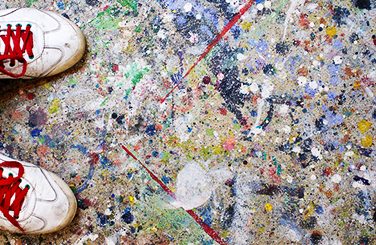 Can you make a living as an artist in Europe?

Art has been hit hard by the financial crisis, with an increase in tuition ... 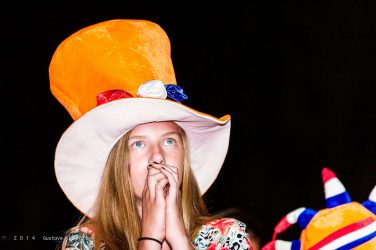