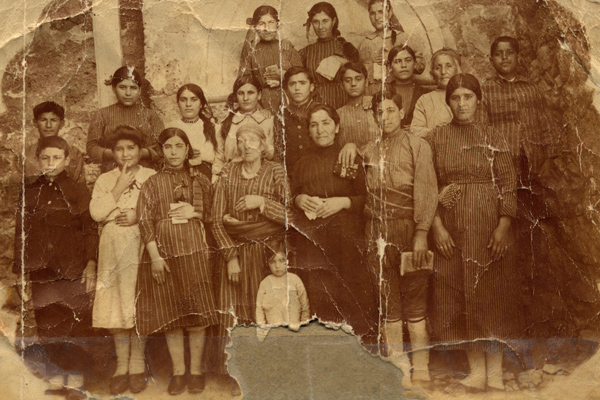 In the 20th Century, Europe witnessed some of the cruelest massacres in history, but we seem to keep stumbling over the same stone. What’s the legacy of those atrocities? Join Taline in her quest to discover what happened to her great-grand-aunt and why it is essential to remember.

Taline sounds French. Like Geraldine, Céline or Pauline. This makes foreigners believe that Taline is the typical representation of the French stereotype. She stresses the last syllable of each sentence and in winter she wears a hat that resembles a French beret, or one inspired by Coco Chanel’s 50’s style. But those who know how to look see something in Taline that is not so French.

The owner of “Larry’s ice cream” in Washington DC knew how to look. Everytime Taline went in his shop during her study abroad year in the city, he made the same comment: “What will the Middle-Eastern eyed girl order?” And then he asked Taline where she was from.

“Paris? But you MUST have ancestors from the Middle East…”

“Well, my mother was born in Lebanon.”

This made Larry happy, and he began to talk about his Turkish origins in front of Picasso’s Guernica, which decorated the cosy shop. Once, he explained he was also Jewish and that he related the masterpiece’s symbolism to the Holocaust. Taline has a story that could easily be linked to Guernica too. A story that is hinted at in her last name, which doesn’t sound so French: Aprikian.

Taline’s mother was born in Lebanon, yes. But Taline’s Middle Eastern eyes are not Lebanese. That was just a transitional country, since Taline’s ancestors, both from her mother’s and her father’s side, all come from Armenia. Or better said, they were Armenians but were born in today’s Turkey. Taline’s ancestors were there in 1915, when her family’s Guernica story began.

There wasn’t a specific moment in Taline’s life in which she learned about it. She always knew. But the story became more precise when her father started planning a documentary and involved the family in his findings. He rescued some old tapes and listened to an old interview he’d made with the family’s La Tante (The Aunt).

Her name was Arghavnie Ter Atamian and she came from the area around Erzurum, in Eastern Turkey. Her village used to be called Bakaritch, but at some point the name was changed to Beğendikç. Taline and her father found it in Google Maps in their research to fill the gaps of the documentary. “Today, it is a ghost village,” she says. From the satellite, you can’t see more than the foundations of the houses. “All the families were deported and the place was never repopulated.”

Arghavnie got married at the age of 15 – her mother had arranged a marriage with a friend’s son before she was even born. This was common practice since the Armenian families feared that the Kurds would take away any young girl who was still a virgin. Armenians were Christians, while Kurds, like Turks, were Sunni Muslims.

Prior to becoming part of the Ottoman Empire, Armenians first established their own Kingdom in the 6th century BC and were also under Byzantine and Persian rule. Unlike them, Kurds never established their own nation. They were spread between Turkey, Syria, Iran and Iraq, in the Kurdistan region which they never ruled. Both communities shared the land together with the Turks, the main ethnic group of the Ottoman empire.

“I didn’t want to [get married], I was scared, I shivered… What did he want from me?” she says in the recording. But contrary to her initial beliefs, it all went well. Her husband was a smart and well respected 18-year-old who sold fabric to make clothes.

“I loved him a lot,” Arghavnie says, “but when the army came, he had to leave.”

The beginning of the end

It was 1914, the First World War had erupted and the young men from the Ottoman Empire were drafted to join the army. In December that year, the battle of Sarıkamış took place. Russia defeated Turkey and Tsar Nicholas II met the head of the Armenian Church to try to find allies against the Ottomans. The relations between Armenians and Ottomans were already troubled over Eastern Anatolia because of the massacres carried out by Sultan Hamid II 30 years before, as part of his efforts to establish an Islamist regime. The ties between the two ethnic groups worsened when the Ottoman government interpreted the loss of the war as a sign of disloyalty from the Armenian minority. They blamed the uprising on the minorities, and a few months after the Ottoman defeat, deportations began.

Some of the Armenian soldiers began to revolt after this, and April 1915 marked the beginning of the Siege of Van. That was the main centre for Armenian culture -the spot where the first Armenian nationalist party was created – and also one of the places that had suffered from Sultan Hamid’s cleansings. The revolt in Van was the first official uprising from the minority. Five days after the siege began, the Ottoman government arrested 250 Armenian intellectuals in Constantinople, on a date that is today commemorated as the beginning of the Armenian genocide: 24th April 1915.

On that date, the apocalypse arrived for Arghavnie as well. In Taline’s father’s words: “the end of her world.”

At that time, La Tante was 25 years old and had three children. Together with them and the rest of villagers of Bakaritch, she began a walk towards the West as a consequence of the Ottoman policy of deportation. The finish line was Arapkir. The two places are 280 kilometres apart, which would be the equivalent of five hours by car. On foot, two weeks at the most – La Tante walked for a month.

According to some historians, the Ottoman authorities made the Armenians go around circles in the mountains so that they would get tired and sick.

“Do I have to speak about that now?” La Tante asks in the recording.

Silence. Taline’s father didn’t know how to request that from her.

“Should I keep going?”

She then proceeds to tell that a few days after they started walking, the tortures began. That they made her uncle Kapriel go on his knees. That policemen started to beat him with the butts of their rifles. In the front and on the back. They beat his body, they peeled the skin off his back and they pulled out his nails.

She then tells how she lost her children. All three of them. That her two girls fell sick and couldn’t bear the walk. That her petit garçon died of hunger in her chest. In her arms. Because she had no more milk left.

That she later got split up from her brother. That they ran into a group of Kurds and she convinced him to leave with them. That she never heard any more about him. And that she shouldn’t have persuaded him to escape. That if they died, they should have died together.

Even if Taline always knew the general lines of the story, it was when reading these passages that she realised the magnitude of the events her aunt went through. “I had learned about genocide during my studies,” she says, “but then, it is all too abstract.” Beyond those definitions and conceptual debates is the suffering that makes everyone empathise.

In the recording, Arghavnie goes silent. And Taline’s father says she lies by omission. That from the first time he talked about it to her, he knows that before going to war, her husband had given her a small American revolver to protect herself. That she used to carry it under her dress. That one day, on the shore of a river, when they were about to suffer an attack, she took it out. But that they disarmed her. And that when Arghavnie got to this point of the story, she cried and went quiet.

“They raped her,” Taline says.

It is the part of the story that makes Taline shiver. “I only understand it now that I’m grown up; a young woman,” she says. In her mind, rape was not only a terrible moment from the personal point of view, but also a tool to erase her aunt’s identity, either by getting her pregnant by a stranger or by making her rejected in society.

She wonders if La Tante understood that it was her identity as an Armenian that triggered her fate. “Something that you can’t do anything to avoid, except regretting being born.”

Oblivion is our enemy

But the question that haunts Taline the most is what made La Tante survive. After losing a husband and three kids, “did she survive because of an extraordinary strength that only she had, or because of a survival instinct that is in every one of us?”

After the deportation journey, Arghavnie arrived in Syria and spent some time working in an orphanage. She found her long lost nephew, who had been adopted by a Turkish family, and moved to Lebanon with him. Arghavnie later moved to Marseille, where she got married, and finally Paris, where she opened a restaurant in the 13th District together with her nephew. She died in 1992. Taline was only 2 years old then, and she has no memories of her.

Taline sounds French. Like Geraldine, Céline or Pauline. And just like any of them, Taline feels French. Her Armenian last name or La Tante’s story haven’t changed her sense of national belonging. But they have shaped her character. “Family stories give people a sensitivity towards the things the family went through,” she explains. In her case, massacres and displacements. This is one of the reasons why her goal is to become a diplomat. She wants to spread awareness that the world needs to get a deep understanding of abstract events. An awareness that Europe failed to get on time. First with Armenians, but later with the Holocaust, the Soviet deportations to Siberia and only recently with the massacres of Bosnian muslims in Srebrenica. If we let these events fall into oblivion, the message is that nothing was wrong, that anyone can commit these crimes and just hope that they are forgotten. “Oblivion” says Taline, “is our biggest enemy.” 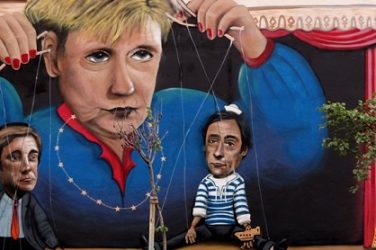 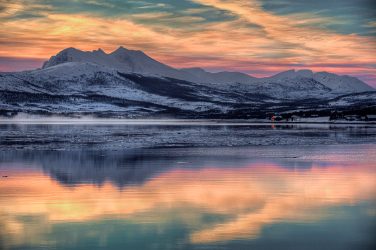