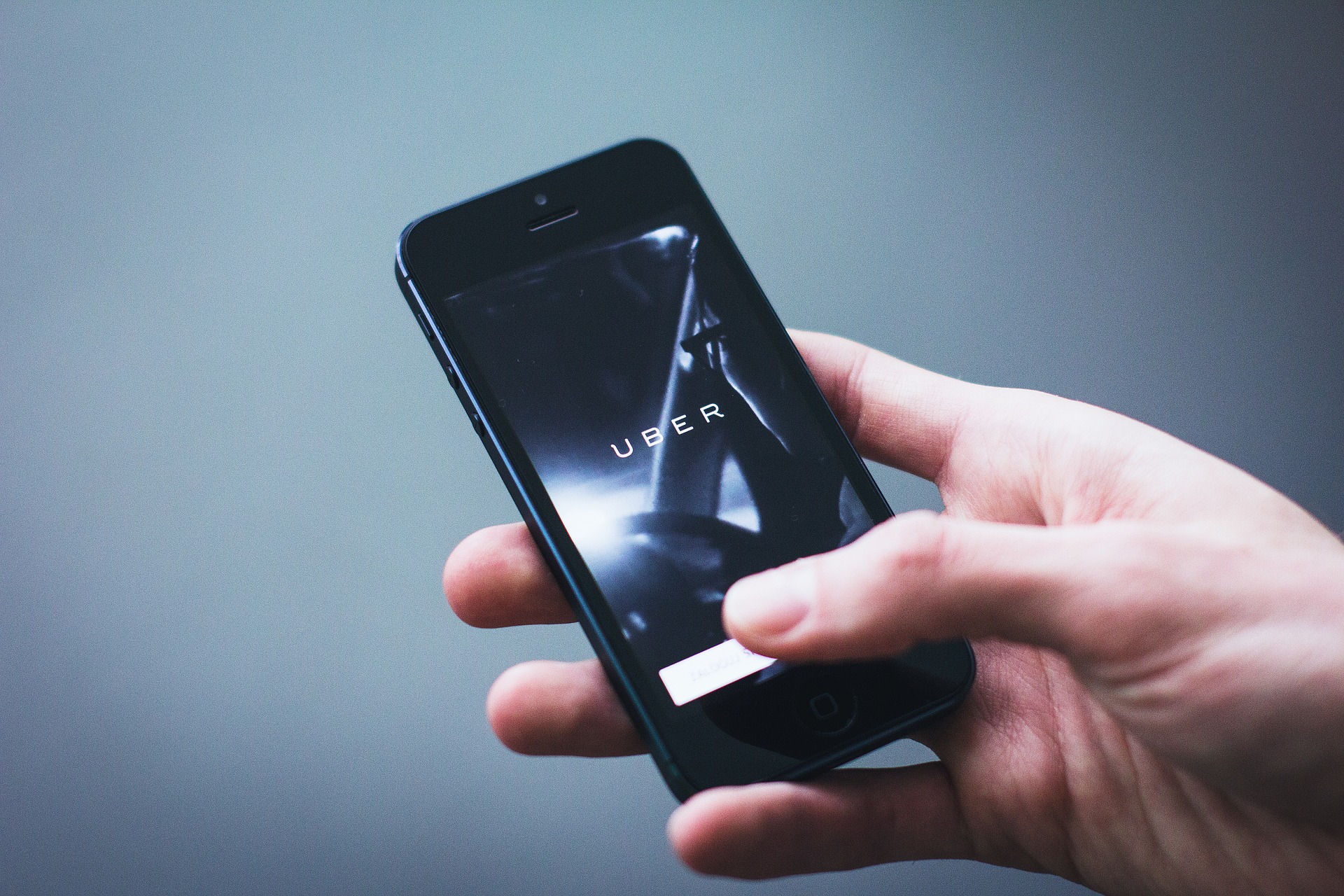 E&M talks to Europeans about the Uber vs taxi debate. Is this the new generation of transport or an unscrupulous corporate takeover?

“Driving with Uber makes me proud that I can get people home safe” tweeted a driver on the Twitter page of the company some time ago. However, reading the news of the last few months across Europe, safety is probably not the first thing that appears in one’s mind about Uber. Uber is an American created smartphone app that facilitates the research of cars with a private driver, available at the touch of a fingertip. The service offered has caused conflict between Uber divers and taxi drivers, and this has caused troubles to customers as well.

The last important case of a massive anti-Uber protest, prior to Brussels, took place in Paris, where, on 25 June, striking drivers burned tires, overturned cars, and smashed windows across the capital and other major cities, blocking also access to major train stations and airports. The taxi drivers were protesting at seeing their livelihoods threatened: it costs more than €100,000 (£71,000) for a taxi licence in Paris. Uber drivers, though, pay nothing, using their own cars and just paying a proportion of their takings to the company for the rides they pick up. The protests in France, where UberPop (as it is called locally) has been declared illegal yet still operates, came just a week after the decision of California’s Labor Commission that Uber drivers there were employees, not contractors: a distinction that could impose significant costs and responsibilities. A law, passed late last year in France, requires all chauffeurs to have a license and insurance. Only UberX chauffeurs have a full-time driving licence, with all the required training; on the other hand, UberPop drivers are currently not obligated to have training or insurance, and do not have to pay licensing fees, which taxi unions say gives the company an unfair competitive advantage.

A lot of Uber’s drivers have never been attacked or intimidated by taxi drivers, but they are all worried about about it. They are not sure about how much support they can count on from Uber. Tarek, an UberPop driver in Paris, said that if they were ever in a conflict with a taxi, they don’t think Uber would be able to respond quickly enough; they don’t have a phone number to reach them, as everything is via email. “I think there’s enough work for both Uber and taxis,” he said, adding that most of his clients are young and tech-savvy, while older customers tend to prefer to take traditional taxis. He explained that it’s important that Uber continue to operate in any capacity, especially at this time of high unemployment among French youth. There are a lot of young people now who work for Uber, people from the suburbs, without diplomas, and UberPop provides easy employment to people who may not be able to afford a taxi license. Thanks to Uber and its offers of work a lot of people now have enough money to feed their families but they too agree that the government should have taken more decisive action on UberPop.

“My right is to choose who I want to travel with. If taxi drivers have paid a lot of money to buy a licence, they have taken a voluntary risk.“

The point of view of taxi drivers is different, as they affirm that they are just asking the government to respect the law. “The license fees are enormous, and [UberPop drivers] don’t have to pay any of that; living here is getting more expensive for everybody. The government has been making promises to us for years, and they still haven’t been fulfilled. This is the only way to express our point of view”, says Tamir, 29, a taxi driver in Paris. A lot of Uber’s customers have a firm opinion, such as Ocèane, a French girl who lives near Paris: “My right is to choose who I want to travel with. If taxi drivers have paid a lot of money to buy a licence, they have taken a voluntary risk. Taxi drivers have always been, in the past, a privileged group of workers, but times are changing, and they need to adapt themselves to the new reality. Or they can simply change job.”

However, the complaints against Uber are not limited to Paris. Just months before, the protest took place in Milan, where striking taxi drivers marched through Italy’s second city to protest against the app-based ride service. Demonstrators demanded that the authorities crack down on the services that taxi drivers say are illegal. The taxi unions are a strong lobby group in Italy and have repeatedly fought off attempts to liberalize the industry and increase the number of cab licenses available. Licenses are often passed down from father to son and, according to drivers, they can sell for six-figure sums. The town council last July ordered Uber cars to return to company headquarters between each ride, irrespective of the location of their next passenger. But this was suspended by a regional court that said the rule was “irrational”, given the advent of mobile phones. Uber, which launched in Milan a year ago before moving into Rome where also provoked further protests, says it has made allowances for the laws in place and operates in line with all regulations effectively in force.

Uber’s biggest obstacle in Italy at the moment is a 1992 law that, among other things, puts severe restrictions on taxi and limo services by limiting the number of licences that are available for drivers in any given city. Although there have been attempts to deregulate the system in the past, none have succeeded. In response to the strike, Uber cut its prices by 20 percent, and said business was up significantly. The price cut was characteristic of the fight between Milan’s 5,000 taxi drivers and the service, which has heated up as Uber rallied users to Tweet their support and lobby the city council against what it describes as a taxi monopoly. Uber has yet to offer in Italy the low-cost version of its service available in its main U.S. markets, where drivers offering rides are ordinary people with cars rather than professional chauffeurs, something taxi drivers in Italy say they will oppose.

“They come and arrogantly park next to us, knowing very well they do not belong in the piazzas,” said Mr. Mazza, an Italian taxi driver who has been driving taxis for 40 years. “They steal our work, it’s absolutely illegal, and they use American law which puts them outside local rules. We will never accept it. We’ve had several peaceful protests during these years, and the government did nothing. They finally did something because of the incidents, and they wouldn’t have done anything if there hadn’t been incidents. The media gives us a bad image, as if we’re bad people, but that violence comes from hopelessness.”

Amir, an Italian UberPop said “I understand why the taxi unions are incensed; many drivers have to take out significant loans to obtain licenses, and it can take years to pay them off. But I’m also invested money on my own; I wouldn’t have bought this car if it weren’t for UberPop and I don’t think amateur chauffeurs like me and my colleagues are stealing business from taxis.”

“We have had competition for years from minicabs but we haven’t caused gridlock over it. We have to jump through hoops to be regulated and we don’t feel people involved in these new apps are being subjected to the same regulations.”

But comments about Uber are sometimes very favourable, like Chiara’s, a 22 year old student from Milan: “I have had the possibility to use Uber’s service twice and it is very useful because you can see immediately how much time will take to your driver to arrive where you are, see the budget of your journey and, if you are a new customer, you’ll have a discount. You don’t have to worry about payment because it will take place via credit card. In my opinion, the service was very nice. The cars are new, drivers professional and friendly, the price is quite the same as taxis and you can see the movement of the car that is going to take you. You also recieve information about the driver and as soon as you reach your destination, they will send you the invoice and you can give your opinion of the service you have received.”

The protest took place also on the other side of the Channel, where organisations including the Rail, Maritime and Transport union (RMT), the London Cab Drivers Club (LCDC) and the Licensed Taxi Drivers Association (LTDA) converged their protest against Uber in Trafalgar Square as they accuse TfL of failing to enforce their own rules on unlicensed minicabs. In response to that, months ago David Cameron has endorsed minicab apps such as Uber, saying he is “pro-punter”, saying the public should be able to enjoy the “choices” offered by new technology as well as the “high quality” service offered by traditional black cabs.

Tom, a taxi driver in London who took part in the protest said that they are not objecting to competition. “We have had competition for years from minicabs but we haven’t caused gridlock over it. We have to jump through hoops to be regulated and we don’t feel people involved in these new apps are being subjected to the same regulations.”

Uber driver Ross blames instead cab drivers for pushing many taxi’s customers to Uber and other ride-hailing apps. “There are certain taxis that just refuse to take people for no reason, even if their light is on”, he says. “Also, those who order taxis on their phone,” he adds, “have to pay for the time it takes them to arrive, so their trips always begin with a running meter. It is not convenient.” Not everybody is in favour of Uber, as Tony, a regular taxi customer in London who agreed entirely with the demonstration and who added “I wouldn’t let my daughter take a taxi booked through an app.”

Probably, one day the protests against Uber all around Europe will stop; all we know now is that Uber’s troubles mark the birth of a 21st-century concept: the sharing economy. This makes for hire goods available, increases efficiency and lowers the price of goods and services. Whether this style of economy is a strength or a weakness, at the moment is just question of your point of view. 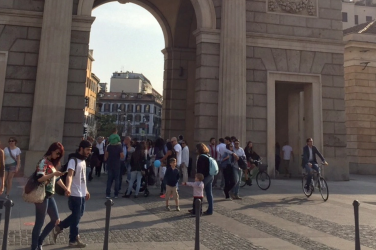 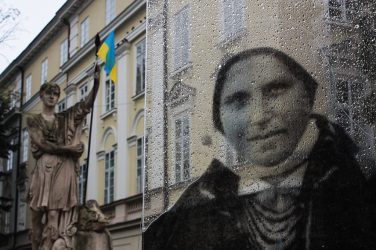 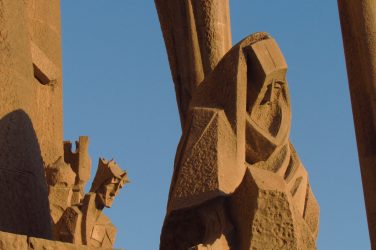