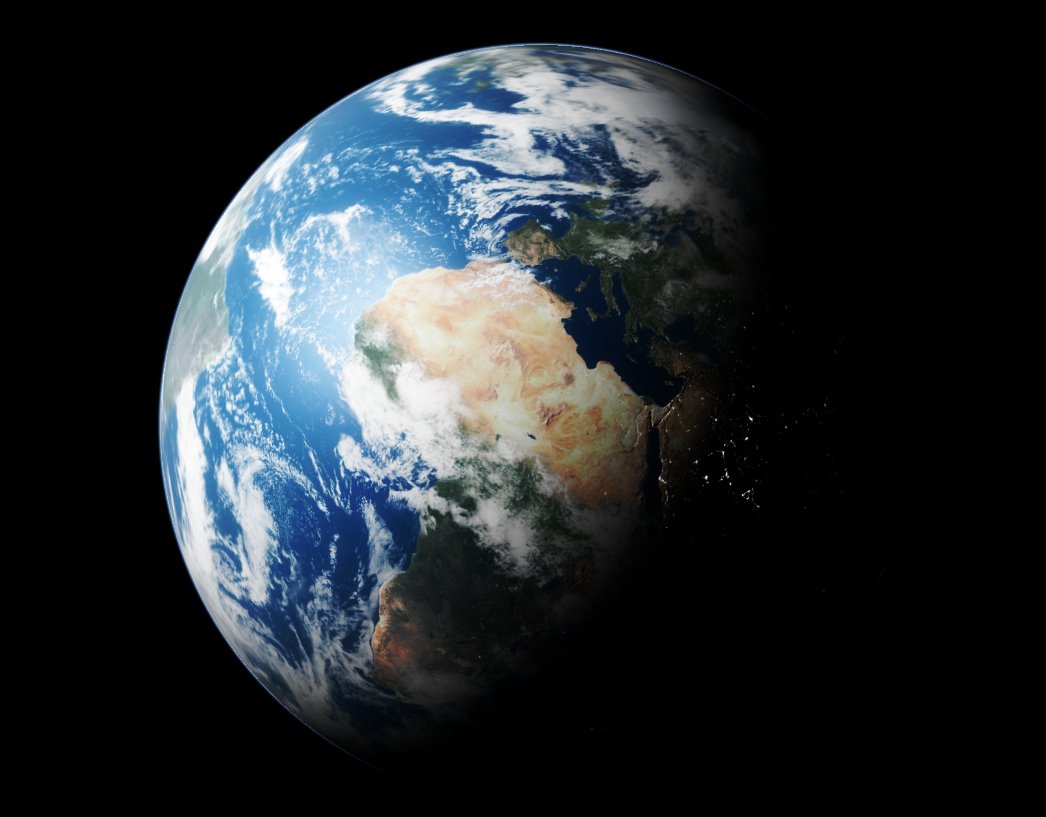 This is the second part of E&M‘s new series about three aliens from outer space travelling around Europe on an Interrail ticket. In the last episode our three heroes stranded in Britain and travelled the country looking for parts to fix their spaceship. Unsuccessful, they decided to travel to Germany and try to find the parts there instead.

“Cows!” Lliari was pointing out of the window in sheer excitement. “Cows, and sheep, and horses! Oh, my!”. Gron rolled his eyes. When Kwaal explained to her the different animals she could see when looking out of the window, he had not at all pondered the consequences. Now they had to live with them: Lliari was sitting on the edge of her seat and excitedly jumping up whenever she saw an animate object of remote interest – and there were plenty of them (the threshold of what Lliari considered interesting was pretty low).

Their train was travelling at a 150mph through the German countryside. A curious way of travelling, Kwaal thought. You can only go one way, have to stick to the ground and can’t even have a meaningful conversation with the voice coming from the speakers. On the other hand, this seemed to be the way people got around in Europe and it was still much better than that weird red ship they had used in London. When they bought their tickets at the train station, the old lady at the booth told them that most aliens buy themselves an Interrail ticket to enjoy the pleasures of Europe, such as the low drinking age and nude beaches. So once Kwaal had figured out what a “credit card” was (and quickly built one while the old lady wasn’t looking), they happily left with three tickets that gave them unlimited train travel in Europe for the next couple of centuries.

After an uneventful train ride, the train came to a stop and the three got off in Munich. Before they had even left the train station, they were hit by a noise that some people would have called “Volksmusik” (traditional German music) while others would have called it… well, noise. A crowd of people in more than questionable clothing ran towards them, waving huge mugs of beer and staggering around, a move that could have either been a traditional dance or a result of the consumption of enormous amounts of alcohol, or both (as they found out later, even locals often find it hard to tell the difference and the borders are kind of blurry). When some of the guys noticed the three baffled green extraterrestrials standing on the platform, they changed direction and moved toward them.

“Servus!!!”, they shouted in unison, “Welcome to the Oktoberfest!!!”. “Oktoberfest? But isn’t this time on earth actually called September?”, Kwaal wondered. “A minor detail”, the Germans laughed. “Come, drink with us!”. Gron shook his head – “No, we don’t have time for this. We are on an important mission and… where is Lliari?”. He looked around – the Germans were gone and so was Lliari. Angrily, he kicked the train next to him, which derailed immediately. “I won’t wait for her this time – Kwaal, come with me, we are going to find this ‘car’ factory you told me about on the train”.

While Kwaal and Gron were walking through the beer-soaked streets to find their way to one of Germany’s countless car makers, Lliari was strolling through an endless town of tents and attractions, together with her new friends. She was tremendously excited – around her she could sense the smells of almost every beer known to mankind (which was only a fraction of the ones known to HER, but still). Enthusiastically she was pointing at one of the large tents – “Can we go there?”. “That pub – oh yes, I remember it”. “Well, it couldn’t have been very good then”, Lliari said disappointed. Nonetheless, just a couple of minutes later she found herself sitting in the tent, downing one “Maß” (litre) of beer after the other with the Germans.

The other two didn’t notice any of this. They were now walking through a less crowded street with nice, serious houses, probably inhabited by nice, serious people. Kwaal was talking to Gron: “You see those small vessels in front of their houses? We are looking for the company that builds these things”. “Isn’t it odd?”, Gron replied, “these things are so useless, but the people seem to really love them. Do you see the guy over there? What exactly is he doing?”. He was pointing at a man washing his car in the front yard. Stroking it gently and inspecting every little detail, it was only a matter of time until he would try to give it a big hug. Suddenly, Gron had one of his few bright moments: “Maybe he knows how to get to the factory?”. Before Kwaal could even reply, Gron was already approaching the man. “Earthling – lead us to the place where this vessel was built”, he said in his most authoritative tone (which left tax agents look like girl scouts asking you to buy cookies). The man looked at him suspiciously, but then quickly replied “Joa, des passt scho” (which roughly translates to “yes, all right”). Living in the south of Germany, he was used to all kinds of weird things.

Gron was used to speeding – in fact, he held the second place in the speeding offense register of the Ylatian zone, and he was very proud of it. But what the man who drove them was doing could only be called insane – he was moving the vehicle so fast that everything around them became blurry. “Excuse me”, Gron noticed, “what’s the speed limit here?” (a concept known in even the most remote parts of the universe). “Speed limit? What part of the galaxy are you from? This is Germany, there is no speed limit on our Autobahn.”, the man said laughing, using the horn to make a car that was unfortunate enough to be slower than his move out of the way.

When they eventually arrived at the factory, they both had difficulties standing upright, but were still alive and in one piece. Slowly, they stumbled into the reception and approached the woman working there. Gron did the talking: “We need a SQRZ-2415 rocket engine and a 20WE fuel converter. Do you have those?”. The woman looked at them, confused, although it was not entirely clear whether this was because of the question or because of Kwaal’s ears, which had not yet recovered from the tumultuous ride and were wildly flapping around. Still, in the manner of obedient professionalism common to all receptionists, she told them to wait for five minutes – a sales representative would be on his way.

When they entered the meeting room, a man with a serious suit and a serious briefcase was already waiting for them: “You are late by precisely 21.3 seconds. This is unacceptable”. He looked at them in disgust. “However”, he continued, his face lighting up notably, “now that you are here, let’s talk about business”. He opened his briefcase. Gron knew this kind of person – even in his part of the galaxy they were selling washing machines. “I assume you would like to buy a car!”, the man kept on talking, “Actually you should have gone to our certified retailers, but now that you are here”, he flipped out a brochure, “may I recommend the new model XYZ123? Sleek and elegant design, faster than an aeroplane and it has a TV screen integrated into the steering wheel – the perfect car for the 21st century. It also comes with a complementary packet of gummy bears”. “Does it fly?”, Gron asked. It was more of a rhetorical question – it always made people uncomfortable when he asked rhetorical questions. “No, it doesn’t. But why would you want a flying car, those were just an invention of ridiculous 20th century science fiction movies” – the salesman fidgeted slightly. “You really seem to dislike the 20th century”, Kwaal interjected. “Not at all”, the salesman replied, “it’s just so incredibly… over”.

“What we really want”, Gron said, “is a rocket engine and a fuel converter”. The salesman turned pale – “How do you know about the rocket engine – are you a spy?” – “No, we’re visitors from a different world” – “You’re from Eastern Germany? Either way, I don’t trust you and I will turn you over to the police – they will decide what to do”. And so it was that for the second time in a single week, Gron and Kwaal saw a police car from the inside. However, in this case, the policemen were looking much more serious, wearing leather jackets and lacking the pretty hats they had in Britain.

Arriving at the police station, Gron and Kwaal were put in a small room with nothing but a table. A man entered and sat down in front of them. “We talked to some of our colleagues in London and they told us who you are. You are not spies, but you have still commited one of the worst mistakes you could possibly make in the Federal Republic of Germany”. He looked at them seriously.”You have not filled out the paperwork”. He gave a signal and a second person entered the room, carrying two giant piles of paper. “As we did not know which forms have to be filled out in your case”, the official continued, “we decided to adhere to the general rule that the further away you come from, the more forms you have to fill out. In your case, we have calculated the exact number of pages, it is precisely 7324.15. Let me know when you are finished”. With these words he walked through the door and left the two dazed aliens behind.

Later that week, the two were finally leaving the police station. For days they had been filling out their forms. Outside the station, they encountered a familiar figure: “Lliari, what are you doing here?”, Kwaal shouted in excitement. Their pal turned towards them. She was wearing sunglasses and didn’t look very well. “They had me arrested after I passed out in the street. These Germans, they drink so much! One of them challenged me to a drinking game and when things started spinning around me – he was still sober enough to shoot chickens in a ridiculous video game”. “Don’t worry”, Kwaal said sympathetically, “you knew that one day you’d find people who were even more stubborn than you are. By the way, did they make you fill out those forms as well?”. Lliari looked back at him: “No, apparently I blended in with the other tourists who were all green from drinking too much beer”.

“So what are we going to do now?”, Gron asked impatiently, walking up and down the street. “Well”, Kwaal said, “apparently the Germans are no good at building spaceships. But I did some research and there seem to be some people who are. They call themselves ESA and they seem to be in a place called Paris. Maybe we should go there?”. Neither of the others had any objections and so they soon found themselves on another train heading west. After Lliari had cured her hangover with another trip to the Oktoberfest, that is. 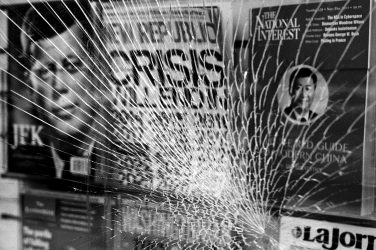 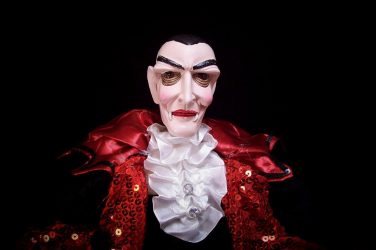 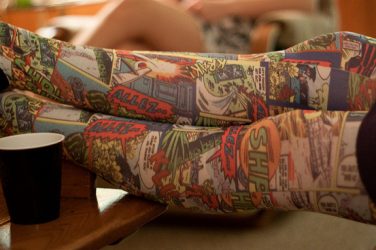 As some of you might remember, the January edition of Brain featured an interview with Nicolas ...