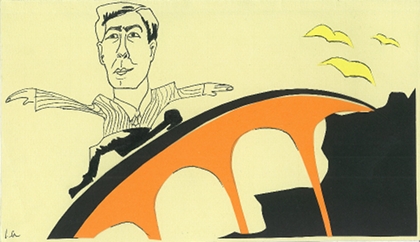 Burqas are being banned, Roma sent out of the country, national homogeneity is praised. In Slovakia Béla Bugár builds bridges to Hungary and its minority in his country.

All across Europe, ethnic problems – whether they are associated with immigrants or with separatists – are some of the most complicated and painful issues. These very emotional conflicts can easily destroy not only our welfare, but our political communities and social trust.

Slovakia, an idyllic, relatively small country fenced in by the Carpathian mountains, might seem unaffected by such conflicts. But it includes a Hungarian minority, which with around 500 thousand people constitutes about 10% of all Slovakian citizens. This community is called the Magyar.

Béla Bugár is a member of that Magyar community and may serve as a unique example of a European politician who, on the one hand, does not sweep the national conflicts under the carpet and is not looking for the owners of “some particular gene” on the other. He was elected a deputy of the last Federal Assembly of Czechoslovakia after the Czechoslovakian Velvet Revolution and continued his parliamentary service also in the Národná rada – the National Council of the Slovak Republic, when it became a separate state. As a Hungarian citizen of Slovakia and a respected Bratislavan engineer he dedicates his political activity to building bridges between the nations living in his motherland.

Béla Bugár put aside his retirement decision, left his previous party which was dramatically drifting towards nationalist shallows and founded Most–Híd.

Most–Híd, (Bridge – Bridge in Slovak and Hungarian) is the name of the newest political initiative of Béla Bugár. Founded on the 30th of June 2009, the party for the first time in history gathered Hungarians and Slovaks in one political organisation with the aim to give “all citizens a state in which they could feel as at home”. That sense of “being at home” had been strongly damaged in Slovakia in recent years.

The atmosphere between Slovaks and Hungarians has lately been darkened by their politicians. Both the Hungarian prime minister Viktor Orban and his Slovak counterpart Robert Fico pulled the strings of mutual national prejudices and inflamed the delicate relations which were already full of unhealed wounds. That was a good method to distract attention from economical problems. Viktor Orban ranted about the EP deputies from the “Carpathian Basin”, a lost territory of the former Great Hungarian Kingdom, and praised the “new homogeneous Hungarian society”. The Slovak prime minister gave a tit for a tat by deciding to take away the Slovakian passport from “dual citizens” and implementing the “language law” which penalised Hungarian and other minorities for “misusing the Slovak language”.

In such circumstances, Béla Bugár put aside his retirement decision, left his previous party which was dramatically drifting towards nationalist shallows and founded Most–Híd. The party won 8% of voters’ support in the 2010 parliament election, and joined the new government coalition. With the support and understanding of the new Slovak prime minister Iveta Radičová, who is not a “genuine Slovak” either (her mother came from Poland), Béla Bugár’s mission may succeed in reconciling the different nations living in Slovakia. Most–Híd’s vice president Rudolf Chmel, a Slovakian professor, is taking over the troubled Ministry of Culture. Also important for the mainly farming Hungarian minority, the Minister of Agriculture, Environment and Regional Development is held by Most–Híd member.

What he stands for

Béla Bugár underlines the need to promote cooperation, openness and above all the necessity to surmount the crisis of trust in politics caused by politicians who ruined the space of common good. “Slovakia is a multiethnic, multilingual and multicultural state”, he says. Most–Híd’s priority bill entitled “The cultural society” aims at the defence and development of local communities be it Hungarians, Romany, Ruthenians or any other. Bugár is considered “a national traitor or at least a renegade” by the nationalist Hungarians and the “tumour in the body” by right-wing Slovaks.

Luckily, his example is already being followed in Serbia, where the formation of a multi-ethnic party is currently underway. We can only hope that his understanding for the complicated nature of interethnic problems will flourish in “The cultural society” which is becoming a new trademark of Slovakia just after the famous Bratislavan Nový Most (The new bridge) which reconciled the two banks of the swirling Danube. And we can hope, too, that it will inspire other European leaders, for example those with Hungarian descent – such as Nicolas Sarkozy. 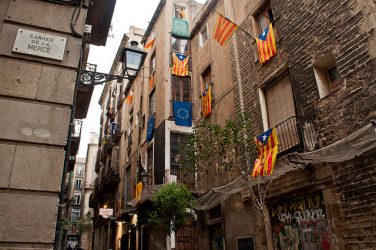 The Catalonian regional government held a referendum on the independence of the region for ... 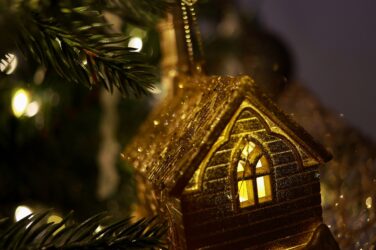