Nudism in Europe – here’s a colourful potpourri of our last summer. Don’t expect here very serious thoughts or conclusions; we’ve just been lying in the sun and thinking. (We’re sure you’ll understand.) In this article we bring together three different points – our short brainstorm about nudism and sexuality, an interview with two young nudists- Diana from France and Barbara from Germany and last, but not least a practical map for you for next summer, if – after reading this article – you decide that nudism is something for you.

It might come as a surprise to most of us, but European naturism, also called nudism, did not start with beaches or ideas about lazy summery sunbathing. It was actually born, in its modern form, in Germany, with the Lebensreform movement of the early twentieth century: sport, a healthy and natural education, harmony with nature, as well as vegetarianism. A cluster of ideas spread at that time, and being nude was part of that. In fact, the Congress of the International Naturist Federation in 1974 still defined naturism as “a lifestyle in harmony with nature, expressed through social nudity, and characterised by self-respect of people with different opinions and of the environment.” This kind of naturism was originally practised in clubs, by people mostly looking for a whole different and healthier way of life, and not just being naked. Only later in the century, with the development of holiday and leisure culture, did anonymous nudist beaches open around Europe, attracting a more diverse public of people new to nudism, wanting to discover it or to experiment. In Eastern Europe, this public and open nudism was also encouraged because a private organisation would have been frowned upon by communist governments. Of course, this largely open opportunity contributed to the spread of the phenomenon, and attracted very different people – creating two different worlds of nudism. But nowadays, nudists don’t hesitate to go from one type of place to the other.

In particular, the uninformed idea that nudism might have something to do with sensuality and sexual attraction(..) began to gain some supporters even within the nudist population.

Nudists today are a very diverse population. While it used to be a very family oriented activity, associated with recreational sports – some clubs even rejected singles – the public beaches, not being affiliated to a club, appealed also to young and single persons. Of course, this in turn led to a lot of changes in the movement. In particular, the uninformed idea that nudism might have something to do with sensuality and sexual attraction, totally out of place in the original movement of naturism, began to gain some supporters even within the nudist population. Today, while most, if not all nudists and nudist organization refuse to be linked with any kind of sexual portraiture of the body, some acknowledge some kind of sensual side to nudist situations, like Euro Naturist (www.euronaturist.com). Nudist holiday resorts advertisements usually makes generous use of pictures with young females models, obviously meant to attract customers, and so do magazines like Health&Efficiency naturist (http://www.henaturist.net/joomla/). This tendency is frowned upon by a substantial part of the nudist community, and is a controversial issue among nudists.

Think a moment about the arguments against the link between the two. You actually don’t need nudism if sensuality is what you are looking for: do you think girls who are trying to look sexy on an ordinary beach conceal anything that would make them more attractive? We don’t. Which is why switching to nudism is never going to make them more appealing.

Being sexy is playing with what’s shown and what’s hidden – you’re not going to get any desire if you conceal nothing. Whether you’re a man or a woman, if you want to be sexy, keep people wanting more! Don’t show everything. Don’t go for nudism. Being sexy is choosing the aspects of yourself which might catch a mate…

Nudism is showing everything, regardless of whether you’re proud of it or not. It’s not making your body an object of concealment, of wanting or desire. It’s about accepting it the way it is… hair included, artificial tan excluded! So nudism is actually rather anti-sex. It can make you feel like you’re in a long-term relationship with every single person around you: nothing left for fantasy, nothing left to wait for… nothing appealing.

But on the other hand… being naked is not in itself bad or vulgar, but you cannot deny the connection it has with sexuality. People’s bodies are sexual per se and it would be strange if somebody tried to argue the opposite. Think of all the magazines with naked people in them – they are there to arouse sexual excitement! Why should a nudist beach be less exciting than that? And – be honest – there are not only ugly people on nudist beaches. Under the thousands of nudists you can for sure find a person who you find attractive. You can also get to know him or her – there is nothing strange about that. Flirting could be even more exciting than in a bar or disco, because of the naughty feeling – you are strangers but lying here completely naked.

If you get to know him or her, the good news is that there won’t be any unpleasant surprises in the bedroom – you have already seen everything before.

The thought as such is already sexy – you can see on nudist beaches everything which is normally hidden and taboo. It is unusual, different, sexy…

So, you can see that here isn’t one right answer. If you haven’t thought about all these questions – we would like to give you an E&M homework for next summer – find yours!

We visited the nudist beaches of France and Germany. In southern France we talked to Diana, a 35 year old naturist, in Munich we met Barbara, a student.

E&M: What does nudism mean to you? I mean, is this all about just „being naked“?

Diana: We call it “naturisme”, naturalism. It is not about being naked as such, but the way it feels. Just incredibly free. Try it!

Barbara: For me, nudism means just being human, without trying to hide yourself – behind a style of clothing, for example, or brand-names and all the ideas that go with them. When people are naked, they are all individual and all beautiful in their individual way. I like this diversity and I like the way it shows that every body is aesthetic and at the same time has its faults.

E&M: When did you start this and why?

Diana: My husband had been into this for many years before he knew me, but since I used to be sceptical did not continue with naturalism for a while. One day he promised to show me a wonderful, lonely beach near Nantes, under the condition that I should be “open minded”. I agreed, and we had a wonderful time. There were a few other people there, but since everyone was naked, it did not disturb me at all. And so I got into this. You have to understand that there is quite a big naturalist community in France.

Barbara: I can’t say exactly. I guess it was when I first went to a sauna – and you have to be naked there…

It is not about being naked as such, but the way it feels. Just incredibly free. Try it!

E&M: What is your attitude towards a „normal“ lying in the sun (with swimming things on)?

Diana: That is okay. A little uptight maybe. But I just did so yesterday myself, not far from here. It’s a matter of where the beach is nice. You know, I am not militant (laughs).

Barbara: Everyone can sunbathe however they like. If they don’t feel right “in their birthday suit,” then they can choose to wear a swimming costume or trunks.

E&M: Are people observing each other on nudist beaches? If so, is this somehow related to sexual excitement?

Diana: Have you ever been to a sauna (laughs again)?

Diana: Then you will know that of course you cannot help perceive bodies, but that sexuality is not prominent at all. It is not as if I had never seen a naked man. In fact, I would say that nudist beaches are less sexual than “normal beaches”, because nothing is hidden behind provocative beach wear.

Barbara: Of course people look at each other. We are human beings and that’s probably the natural thing. But people who sunbathe in swimming costumes probably don’t look away either when they see other people in swimming things, do they? In my opinion, hardly any nudists experience this in a sexual way.

Of course people look at each other. We are human beings and that’s probably the natural thing.

E&M: And the other way around. Not everyone looks like the most beautiful model. Isn’t it disturbing to see everything?

Diana: Initially maybe, but these are just our distorted expectations. Not looking like any ideals, being old, fat or sick, these are all facts of life. A doctor in a hospital would not be disgusted by sick patients either, would he?

Barbara: Isn’t it nice to see something other than the perfect naked bodies shown in the media? I find that it brings me back to earth: I don’t have to look like a model and neither does anyone else.

E&M: If it were allowed, would you enjoy being naked in other places too?

Diana: Personally, I think it works best on the beach because bathing is such a physical experience anyway. But naturism is not tied to beaches at all, and I have been naked at spas, forest and even once been at a naked party!

Barbara: I don’t think I’d go to the theatre naked! And I don’t think other people would either. Firstly, it would be very unhygienic, and secondly people shouldn’t force their nakedness on everyone.

E&M: Thanks for the interview!

Where to find nudist beaches in Europe

If you would like to find out how it feels to be free, in both ways – feeling sexual or not -, we offer you this little European map – discover the different attitudes towards nudism all over Europe and mark your own nudist beach for next summer. 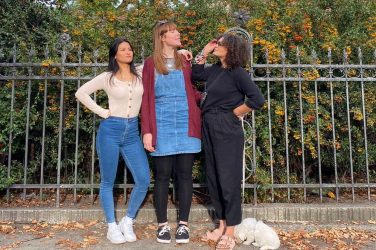 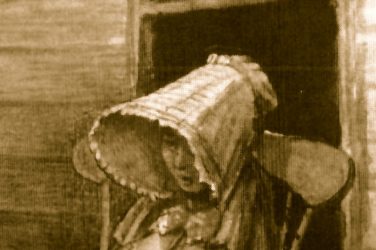 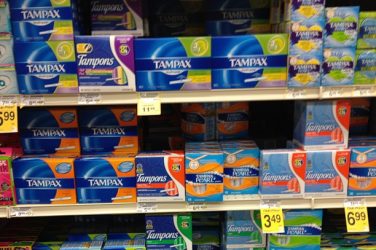