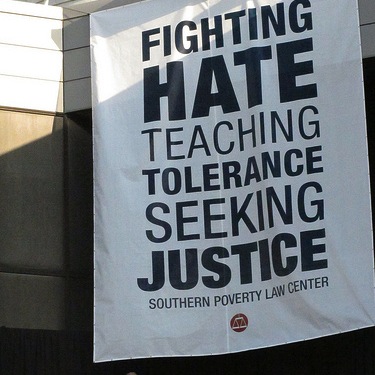 Dissatisfaction in Europe since the crisis has led to a polarisation of political views, most noticeably to the right. E&M analyses recent events in Spain and the UK. Is the left fighting back?

We are living in interesting political times. After decades of centrist stagnation, Europe’s politicos are abandoning the middle ground and taking up positions further to the right and the left than they have been for years. The general trend within the established political classes has been a top-down shift to the right. Increasingly right-wing pro-business governments have pushed “austerity” regimes across Europe’s political landscape, taking advantage of the economic turmoil created by the Great Recession to drive home a radically capitalistic agenda. According to the narratives of these governments, promoting conditions in which corporations and the wealthy are able to increase their incomes benefits Europe as a whole by encouraging a healthy economic environment. However, such measures have often come at the same time as swingeing cuts to welfare systems and the eradication of education and healthcare provision so words like those of the British Chancellor George Osborne that “We’re all in this together” are looking increasingly suspect. As the gap between rich and poor widens, and it becomes increasingly clear that so-called “trickle-down economics” actually makes the majority of people much poorer, while lining the pockets of the already-wealthy. Now a new movement is emerging. Populist anger and indignation at the plutocratic trends is beginning to coalesce into organised movements. The left is rising from the grassroots, and rising fast.

The left is rising from the bottom. In southern European nations like Italy and Greece, this has been fuelled by despair and rage at the way in which austerity has brought ordinary Italians and Greeks to their knees. However, the leftwards movement is heading north.

Nations like Britain and Spain, which have long been settled in roughly centrist political ground, are now experiencing a significant rise in left-wing sentiment. Both nations suffered during the Recession (Spain more than Britain, due to the collapse of the construction boom upon which its economy was reliant), and both were subjected to austerity measures. People already struggling with Recession-induced debt, joblessness, homelessness, and even potential starvation were told that they must now give up government benefits which may have been their one lifeline. In addition to this, they observed the wealthy becoming richer and richer as governments showered sops and enticements upon them.

When the Recession first began to bite, those without a cushion of money already in place were in no position to fight for power. This may perhaps explain the radical Europe-wide shift to the corporation-favouring right which occurred in the aftermath of the Recession. However, in the years since, it has become increasingly apparent that corporate-political fiscal rhetoric does not match the facts. This has resulted in fallout both to the left and to the right.

The right have in many cases attempted to use this dissatisfaction to their advantage – creating a climate of fear in which voters are more easily convinced of the need for tough measures.

One of the factors behind the growth of the left in Europe is the rush to disassociate from and combat increasingly radical right-wing rhetoric. That there is widespread dissatisfaction with the prevailing plutocratic order of things is abundantly clear to both sides of the political spectrum.

The right have in many cases attempted to use this dissatisfaction to their advantage – creating a climate of fear in which voters are more easily convinced of the need for tough measures. In many cases, this smacks uncomfortably of scapegoating and bigotry.

Perhaps unsurprisingly, the tendency to demonise vulnerable groups like the disabled, immigrants, and those on benefits has led to an upsurge in hateful behaviours, as those who had previously kept their divisive and often violent opinions to themselves begin to feel themselves simultaneously under threat by the “Other” and vindicated for their hatred.

Immigrants make a good example of this phenomenon. The grassroots political right has frequently responded to this tacit encouragement with a good degree of aggressive vitriol aimed at those they are encouraged to believe responsible for their problems – namely immigrants and the vulnerable. Initially appalled, the Left shrunk back in horror as wave after wave of racism and bigotry broke over the internet. Then they began to make a concerted effort to combat this ugly trend, both online and in the real world. As anti-fascist efforts have (understandingly) tended to ally with the political left, those who want to combat the hate and fear which they believe to be overrunning society have, too, come left.

Recent elections in Spain and Britain have demonstrated a prevailing political apathetic dissatisfaction giving way to anger over corruption and the corporate takeover of public services. The recent British General Election saw left-wing voter apathy turn to shame and dismay as the right-wing Conservative government swept to power once again, despite social media reports indicating the contrary. Determined not to let this happen again, and deeply concerned about the government’s persistent eroding of the British nationalised health service and other dubious policies, the British left have mobilised behind Jeremy Corbyn – a socialist in the traditional mould, far to the left of his Labour Party predecessors.

To the dismay of the right-wing press, Corbyn was elected leader of the Labour Party with an astonishing majority, and continues to draw supporters in their thousands. One of his key draws is his apparent integrity – which comes as a refreshing change in the wake of scandals like this week’s “Piggate”.

Similarly, Spain has seen anti-austerity party Podemos fielding candidates notable for their integrity, incorruptibility, and evident willingness to work for the people they represent rather than corporations. What used to be termed the “common touch” is bringing the rising Left enormous popularity in the opinion polls. The boardrooms have held sway over British and Spanish politics for a long time, but it seems that the grip of the corporations is faltering. The people – disenchanted, disenfranchised, and dismayed – are turning their attentions away from the corridors of power to the streets and the soapboxes. And they are finding leaders to rally behind. 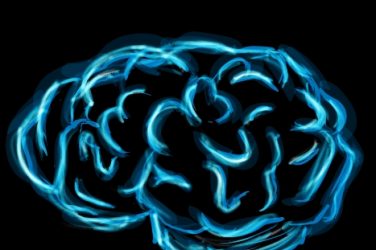 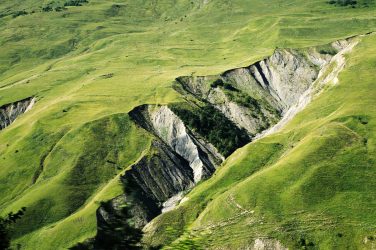