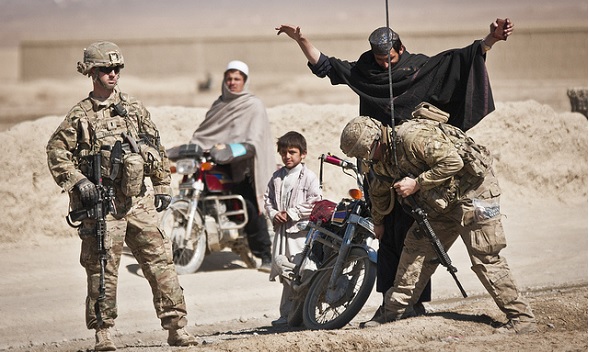 Recently I was at a two-day conference in Bratislava, centred around the messy, complex topic of value-based conflict and violence. Among the various panels, workshops and discussions I was able to attend, there was a particular session I found to be by far the most engaging. The session was titled “AS story of personal transformation”, and brought to the stage two individuals whose lives have been deeply touched by violent extremism. The first of these is Hanif Qadir, co-founder of Active Change Foundation in London. Once a former Islamist extremist and a member of Al-Qaida in Afghanistan, he now focuses his efforts on supporting youth that has been exposed to extremism. The second speaker is Mike Haines, whose brother David was an aid worker who was ambushed and kidnapped by Daesh in Syria back in 2013. After 18 months of captivity, a video of his murder was released in September 2014. Ever since, Mike has travelled the world to spread a message of tolerance, understanding and unity.

For over an hour, the two speakers explained their personal experiences with violent extremism, one as a former Al-Qaida member, and the other as a victim of an act of terrorism committed by extremists. When the floor was opened for questions, I was the first to ask what I am so often left contemplating in my line of work:

Why after 16 years fighting the war on terror have we achieved close to nothing?

It has indeed been sixteen years since the Bush administration first declared the war on terror. Back then, the Taliban and Al-Qaida were considered the biggest threats, but now the list includes other groups such as Boko Haram and Daesh. Iraq and Afghanistan were invaded for the sake of this war, and now these countries rank as the second and third ´least peaceful´ countries in the world, according to the Global Peace Index 2017, beaten only by Syria. In the last sixteen years, there have been over 73,000 terrorist attacks in the world, with 170,000 people killed.

The reason why certain neighbourhoods in Europe have become a “breeding ground” of jihadism has nothing to do with Islam but with the living conditions for those there. Molenbeek (a neighbourhood in Brussels) has an unemployment rate of 27 percent for those in the 15 to 29 age range, while the Brussels region averages 19 percent.

Most of the attacks are geographically clustered, with Iraq, Afghanistan, Nigeria, Syria and Yemen accounting for over 70% of attacks worldwide. Nevertheless, the capacity of some terrorist organisations to recruit foreign fighters, coupled with acts carried by so-called ´lone-wolf´ actors, have led to numerous tragic incidents in Europe, including (to name a select few)) Madrid in March 2004, London in July 2005, Paris in November 2015 and Nice in July 2016, which killed 192, 52, 130 and 86 people, respectively.

So back to my question, what are we doing wrong?

Hanif Qadir explained very eloquently, that day in Bratislava, that governments are failing to address the problem of radicalization by neglecting its root causes. Instead of intervening in wars abroad that might effectively fuel the risk of terrorism at home, we should instead be addressing the reasons why an individual may be willing to become a foreign fighter or commit an act of terror in his own country.

In a 2005 article entitled Staircase to Terrorism, scholar Fathali Moghaddam argues that there are five “floors”, or states, that an individual must climb when becoming radicalised. Moghadamm explains that, on the first floor, feelings of perceived injustice and deprivation will often begin to dominate an individual´s state of mind. Those who are incapable of improving their life circumstances, either because they lack the necessary personal or professional skills, or because they do not feel that they can adequately influence the procedures through which decisions are taken, are more likely to climb on to the next floors.

Poverty, lack of education, political alienation – often due to prejudiced state-sponsored violence – and a failure to integrate are all common push factors that increase an individual´s vulnerability to terrorist propaganda and an “us vs them” narrative. Policy-makers need to address these issues if we are to be successful in the war on terror. A Muslim ban, as President Trump is trying to implement in the United States, only contributes to greater feelings of alienation among the Muslim community in the country, while the racist and Islamophobic narratives of politicians such as Marine le Pen will only serve to increase social polarisation.

The reason why certain neighbourhoods in Europe have become a “breeding ground” of jihadism has nothing to do with Islam but with the living conditions for those there. Molenbeek (a neighbourhood in Brussels) has an unemployment rate of 27 percent for those in the 15 to 29 age range, while the Brussels region averages 19 percent. At the same time, the percentage of people with a Bachelor’s degree in that part of the capital is 20%, whereas in the Brussels region that number is 35.5%. In the neighbourhood of Saint-Denis, in France, almost a quarter of the population lives below the poverty line, compared to a 14% in the rest of the country.

Developing preventative strategies presents two main obstacles for policy makers. Firstly, it requires solid long-term planning and implementation. Politicians, urged by the need to win the next election, will tend to always favour short-term programming. Second, the effectiveness of preventative measures is notoriously hard to monitor. How do we possibly measure the lack of terrorist attacks? It is much easier to measure detentions. In Belgium, in response to the attacks in 2016, the government deployed more than 1,800 soldiers in different cities and the police carried out hundreds of raids, mainly in Molenbeek. This approach to the conflict helped the authorities to convict 43 suspects and charge 72 others for terrorism-related crimes. However, these convictions do not answer to the question of how these people became radicalised in the first place. In order to avoid attacks from happening again the root causes of terrorism need to be addressed.

Holistic programmes need to be designed in order to support the most vulnerable. These programmes need to be inclusive, with community leaders, civil society and policy makers working together at local, regional and national levels. There needs to be training and support for first line practitioners such as teachers so they can identify signs of radicalization and report to the police in time. Police forces need to be more heterogeneous and represent the diversity existing in the country if officers are to be trusted in ethnic neighbourhoods. Exit programmes need to be available for repentant foreign fighters who wish to return home. Mentoring and psychological support for those who are radicalising/radicalised is also essential for mitigating potential attacks.

While it is true that in the last few years, some countries have modified their national security strategy, in order to make it more comprehensive, the overall approach continues to be vastly more reactive than proactive. There are a few cases, such as the Aarhus Model in Denmark, which demonstrate a growing commitment to a long-term preventative approach. However, these types of models need to become the rule, not the exception, if we are to prevent extremism in Europe. 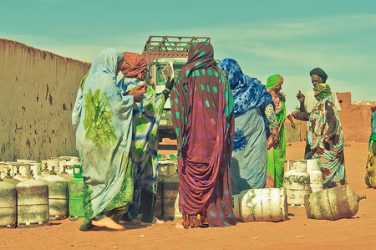