Despite a chronic lack of attention from European media, the situation in Western Sahara relates to the Old Continent in multiple ways. The conflict in the region, standing among the most neglected in the world, has its origins in an incomplete process of decolonisation: formerly a Spanish colony, the territory of Western Sahara was “transferred” to Morocco and to Mauritania through the Madrid Accords, in 1975. As local population resisted, a war followed, lasting 16 years until the UN-sponsored ceasefire in 1991. Since then, however, 2/3 of the territory – where all natural resources are – remain under the control of Morocco. There are no clear signs that the promised referendum on independence will take place any time soon and, in spite of what the disengagement of the “international community” regarding the issue might suggest, the conflict is far from coming to an end.

While the UN does not recognize Morocco as sovereign in Western Sahara, instead regarding the region as a non-autonomous territory under a foreign administration (which should, therefore, be limited and temporary), the organisation’s efforts towards achieving peace have been superficial and ineffective. The power held by a few strong States in determining the organisation’s behaviour plays a central role in sustaining this fragile status quo, and among these States are powerful allies of the Kingdom of Morocco. Here is where Europe comes under the spotlight.

The political and diplomatic support of France is essential for Morocco in the UN Security Council. Even though the country does not recognize Western Sahara as part of Morocco (in fact, officially, no country in the world does), it backs the Moroccan plan of granting limited autonomy for the Sahrawis and opposes the projects for expanding the mandate of the UN Mission for the Referendum in Western Sahara (MINURSO). The region holds the biggest reserves of Saharan phosphate in the world, and this plays an important role in the magnitude of the economic relations between France and Morocco, with billions of euros involved. Apart from the phosphate, fishery and agriculture in Western Sahara are currently crucial for the Moroccan economy, and European countries and private companies have directly and indirectly benefited from these resources for decades.

Meanwhile, NGOs not only denounce frequent human rights violations against Sahrawis and persecution of human rights defenders by the Moroccan forces, but they also condemn the fact that the UN Mission for the Referendum in Western Sahara (MINURSO) is currently the only one with a mandate that does not include human rights monitoring. With no progress towards the referendum, and with no mandate for human rights monitoring, the mission has become purposeless. Many Sahrawis even believe that its continuity only delays the achievement of a proper resolution for the conflict.

The United Kingdom is one of the States that support the expansion of MINURSO’s mandate, but the opposition from France (and from the United States, another dear friend of Morocco’s) is strong enough to maintain static the discussions on the matter.

What about the EU?

The European Union’s position towards the conflict is carefully distant. While a stronger stand against human rights violations in the occupied territory could result in a meaningfully big step towards peace, it would require solving the wide disparity of positions among European countries regarding the issue.

Last December brought an important milestone for the EU’s involvement on the issue. Indeed, the European Court of Justice, reiterating that the region is not part of Morocco, ruled invalid all trade deals signed with the country which include resources from Western Sahara and resulted in the modification of the 2013 EU-Morocco Fisheries Partnership Agreement (FPA). However, reports of the EU-Morocco Joint Scientific Committee Commission show that EU vessels continue to fish in Sahrawi waters.

The left-wing in the European Parliament, mainly from GUE/NGL and S&D, has been particularly active in denouncing the EU’s tacit complicity towards Morocco’s unlawful activities. The Intergroup “Peace for the Sahrawi People” is also an important platform for mobilization, but there is still a lot of dissent among the political parties and groups within the Parliament regarding the conflict. Nothing unexpected, considering all the interests at stake.

European media and civil society hold the key for change

In 2009, the 32-day hunger strike of Sahrawi human rights activist Aminatou Haidar in the Canary Islands, where she had been deported to by Moroccan authorities, attracted significant attention from European media. The fact that the hunger strike occurred not in the Sahara, but on European territory made things much more dramatic and threatened to destabilise a whole structure of alliances, causing a diplomatic crisis between Morocco and Spain, in which (surprise?) France also got involved as some sort of mediator.

However, what is interesting about this episode is not as much the mobilization of these States, but the strong reaction of Spanish civil society. While the government of Spain, Morocco’s biggest economic partner, has historically avoided making public its continuous support to the country, Spanish civil society has been strongly engaged in a pro-Sahara activism, and there is a great number of civil society organisations dedicated to the issue.

There is no doubt that civil society was the main actor in drawing Europe’s attention to this episode, which makes me think of all the tangible results that could come if a comprehensive mobilization of European civil society took place. Around 500,000 Sahrawis (half of the entire population) are refugees and live in the Tindouf camps, in the south of Algeria, facing precarious conditions, and depending on international aid. Meanwhile, the feeling of having been forgotten only grows among Western Sahara’s population. The politically engaged youth, born and raised far from what their people call home, is increasingly restless about this “pacific process” – in which, although there is no longer a war taking place, the oppression Sahrawis are continuously subjected to can hardly fit into the concept of peace.

If Europe is to have a positive impact on this situation, we must speak out: speak out on social media, take it to the streets, get involved with European NGOs and CSOs working on the issue. And we must not only talk about it, but also listen and make way for the voices of those who live this reality to be heard. By raising awareness and concern, European civil society can play an important role in preventing war in Western Sahara from resuming, and in supporting those who struggle against violations of their most basic human rights, of the very principles that European States so proudly advertise as the backbone of their policies. 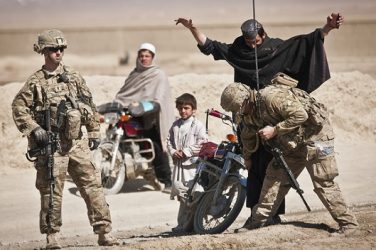